This is the new Barn Find Project AMX. To read some of its history, CLICK HERE. 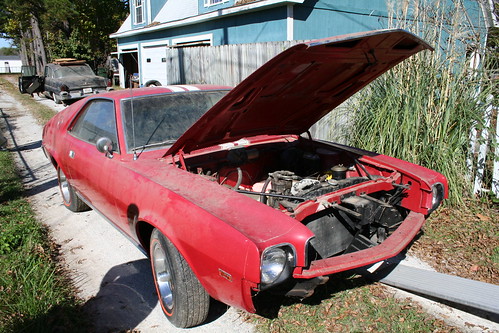 This 1969 American Motors Corporation (AMC) was sold new to George Hunkler on January 13, 1970 at Eddie Cordes, Inc. in Lawton, Oklahoma. A few months later it was purchased by its second owner who drove it until 1981 when he put it in his barn where it sat until we purchased it in November of 2009.

The car was in very solid condition but had not been driven for 28 years and the intake manifold had been pulled off the engine and placed in the trunk. The grill and front bumper had been pulled off for show duty on another AMX many years ago. The Red Line tires were severely cracked but held air, sort of. The paint was covered with 28 years of dust and the interior was covered in dust and other debris.

For more information on the AMC AMX; Click Here. 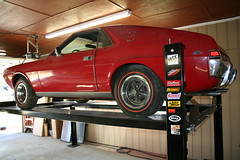 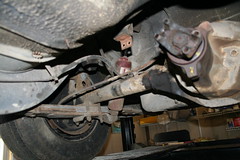 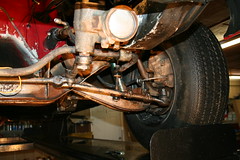 Phase 2: Power Wash and Easy Off

The Phase 9 paint and body work.