Gloriana is a great new Country Music group. We were fortunate enough to be a small part of their newest music video. It was filmed in and around Nashville, Tennessee in mid-September 2009.

The group has been touring around the US with Taylor Swift and is climbing fast in popularity. Their Country Pop sound is fresh and each of the group’s four members have strong voices but when they come together it is magic. The group was also voted the Breakthrough Artist of 2009 by the American Music Awards!

When we were asked if our Project Mustang Fastback would be available for their music video shoot we said yes. If you have never been involved with shooting of a TV show, movie or music video it can be exciting but also contains a lot of hurry up and wait time. If you would like to see more on this Mustang, Click Here.

This is our 1967 Mustang Fastback with Gloriana standing next to it during their photo shoot.

HERE IS THE VIDEO

The following photos are some of our memories of the first day of the shoot. If we find some more we think you might like we will also post them.

If you want to see what it is like behind the scenes of a music video shoot check out these photos and YouTube video below. 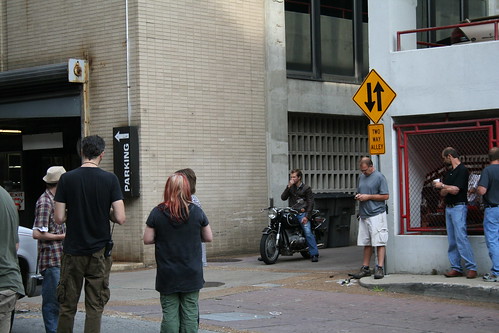 The story behind the video is about a young man chasing a beautiful young girl he wants to meet.

Here he is on his Bike waiting for the call of “Action”. 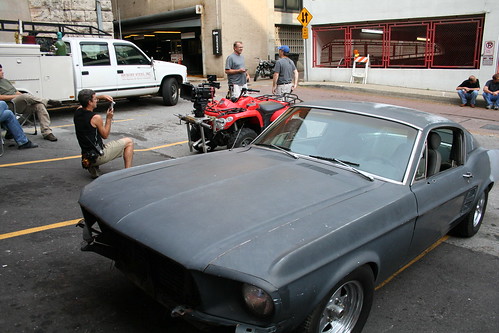 Our Project Mustang Fastback sits waiting for it’s cue to become a star. 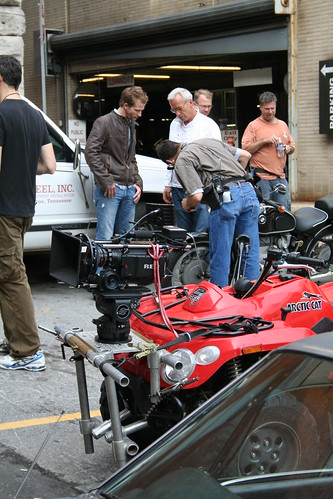 There were approximately 25 people involved in the shoot, all very talented at what they do. 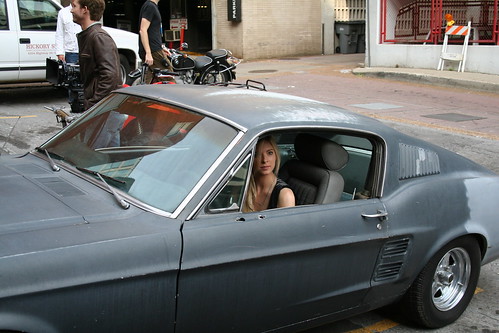 Ok, time for the sweet blond to hit the road in Project Mustang Fastback. 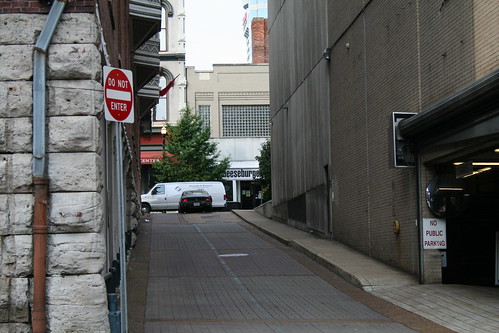 Action shots were filmed in and around downtown Nashville as well as along some country roads just a few miles outside of town. 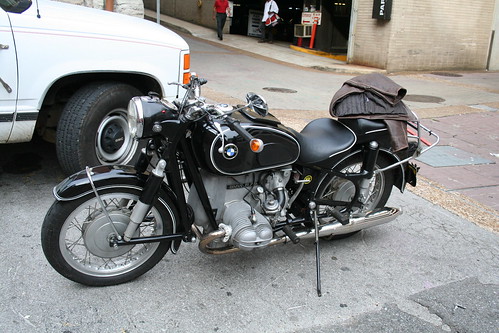 The other “star” of the video is this 1969 BMW motorcycle. 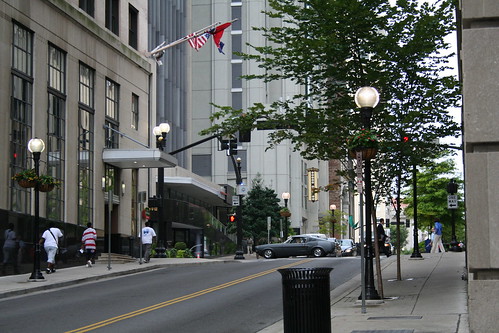 The chase is on…intersections and streets were blocked during filming of such scenes. 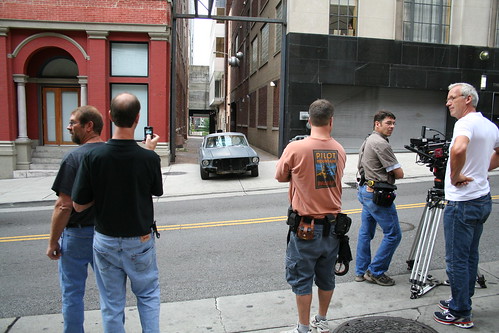 Even the crew were taking pictures for their personal files. 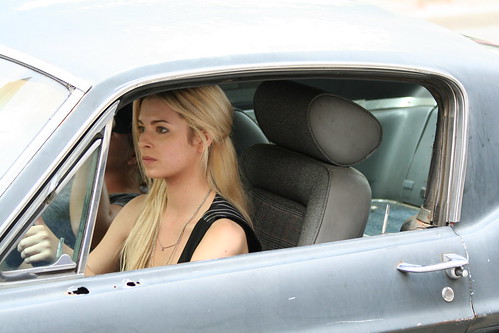 Female lead and the reason the young gentleman is riding his motorcycle all over town trying to catch her. 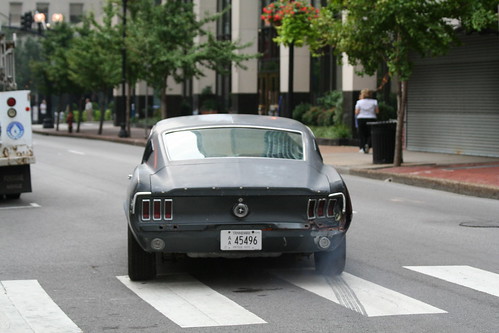 This was the best part of the day! Our young blond did not appear to have much experience with muscle cars. She was asked to make some fast passes by the end of the alley. She nailed the throttle and shocked everyone with a 50 foot smokey burnout! Note the smoke behind the right wheel and black tire track on the crosswalk. Even the policeman directing traffic got a kick out of this. 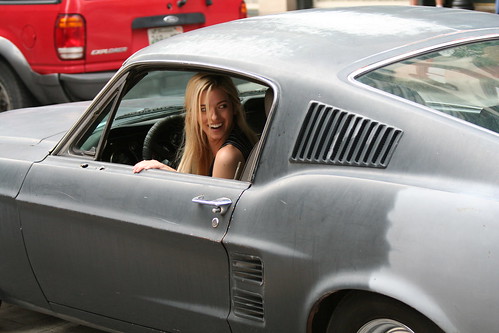 Think she didn’t enjoy it? Just look at that big smile as she backs back into position for the next shot. 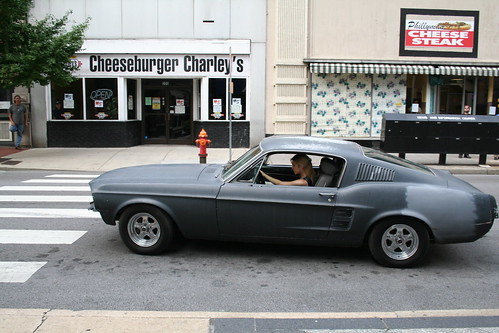 With a little more respect for a muscle car, our blond beauty tries it again. 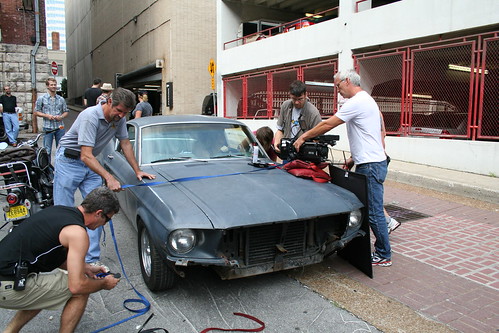 Time for some close up driving shots so the camera gets strapped to the hood. This is when you are glad it is a project car and not a show car. 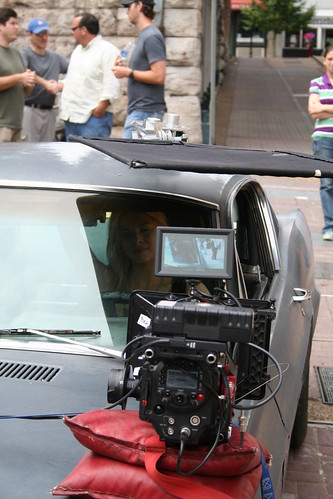 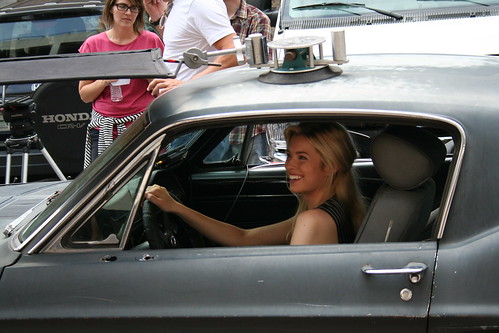 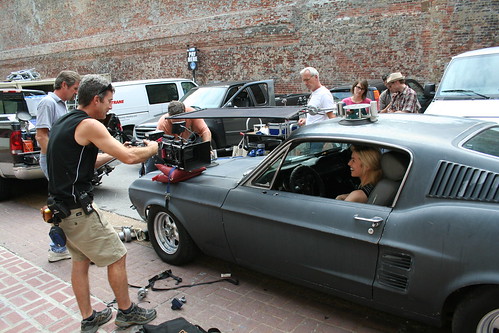 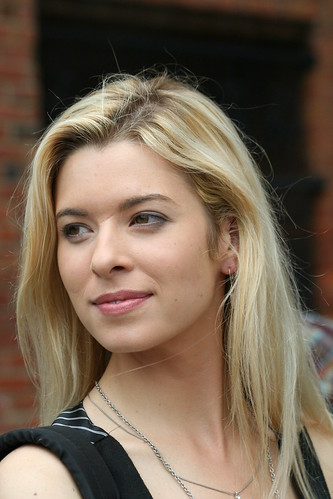 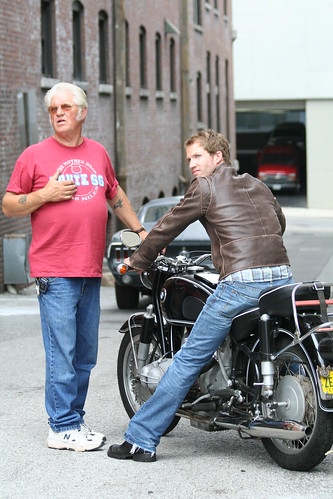 Male lead (on the bike) in the video. The bike’s owner is standing next to it. 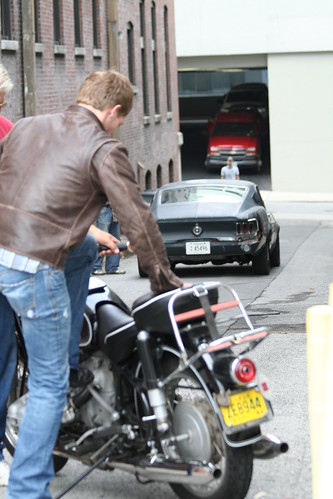 The chase is on; she is leaving in the fastback and he is trying to start is bike. 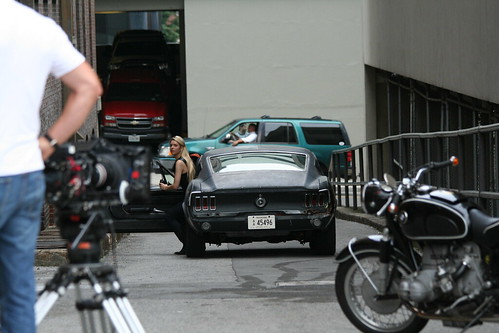 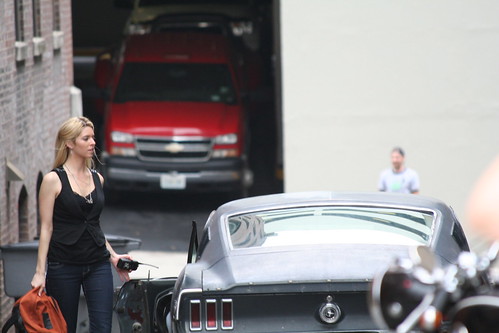