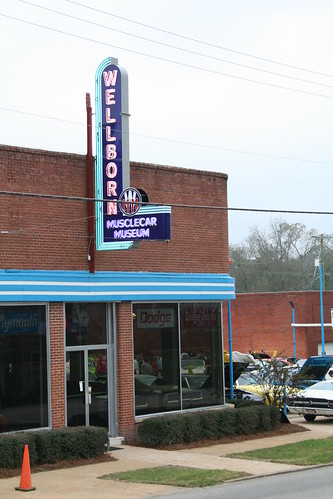 The outside of the Museum looks just like a dealership of the 60’s and was the perfect setting for all these wonderful Aero Muscle Cars from 1969 and 1970.

The Museum is located at 24 Broad Street, Alexander City, Alabama and is open Monday – Friday 9-5 and Saturday 10-4, Closed Sunday. 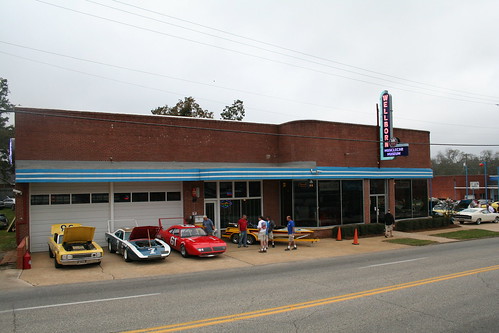 Tim and Pam bought an old Chevrolet Dealership and converted it to a wonderful Muscle Car Museum. 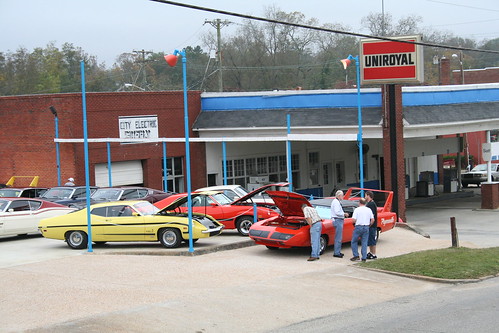 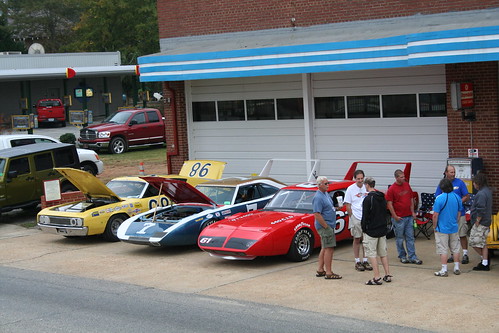 “Back in the Day” this site was not unusual. A lot of dealerships would let the independents use their shop to work on their race cars when they were touring away from their own shop. 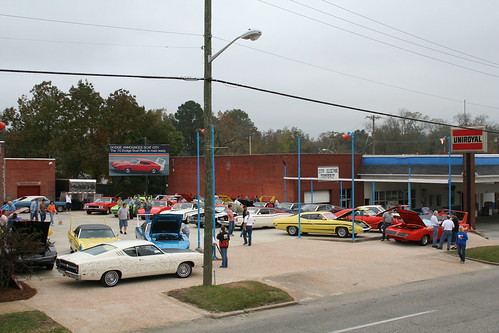 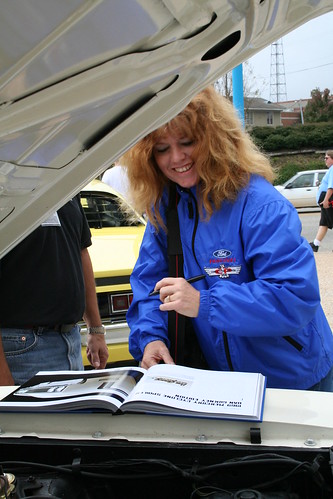 Katrina is doing her first Book Signing! The Museum Store was selling copies of the Art of the Muscle Car. Tim and Pam have 26 cars in the book; we have 3 and friends asked us to sign their copies! We felt like stars! 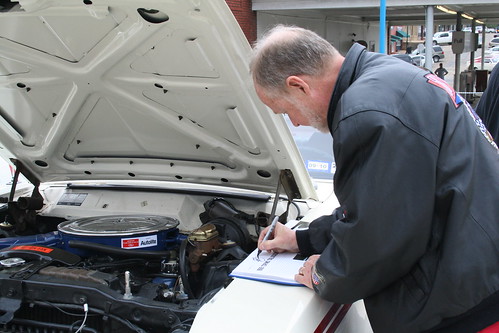 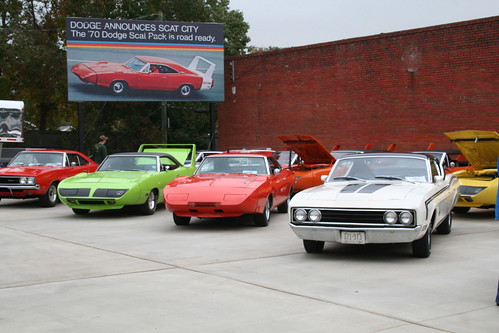 Check out the billboard behind! Our friends from Chicago had a Daytona exactly like the one in the billboard and managed a photo under it before they left. 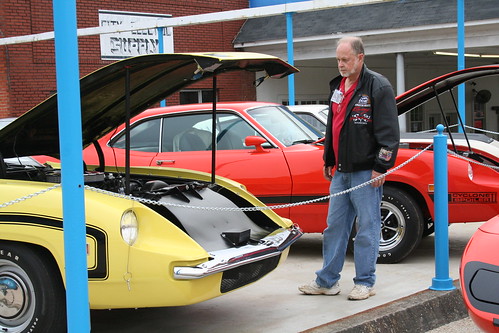 Richard is checking out the King Cobra, look for a feature on this car and the Spoiler II else where on this site. 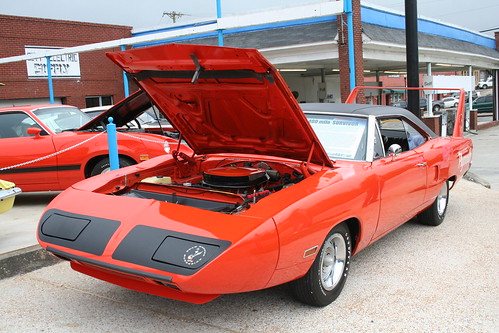 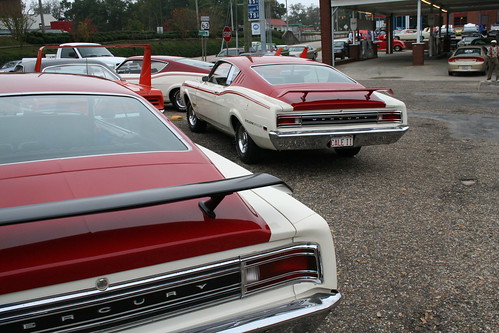 Look at the Cale Yarborough Specials. When we bought ours we had never before seen one in person and here are three in one spot! 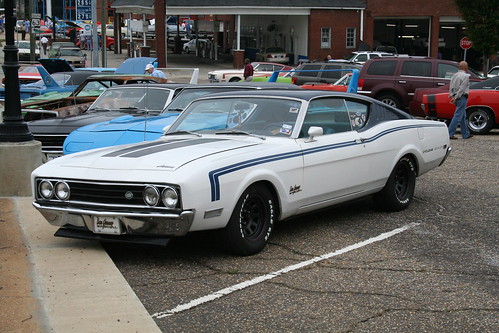 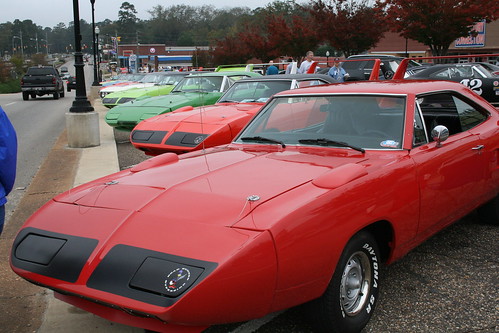 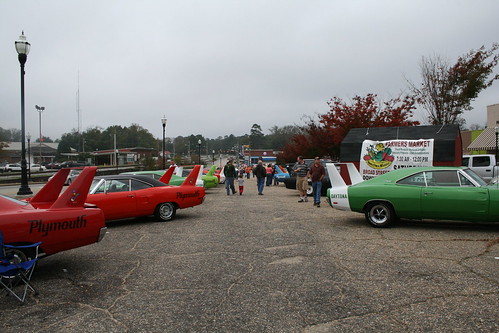 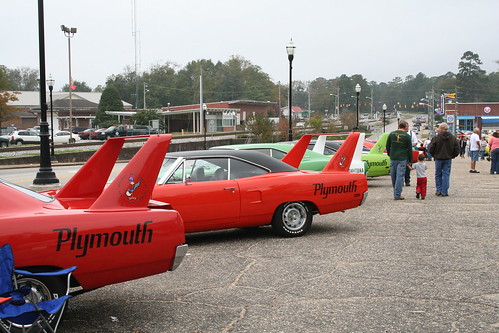 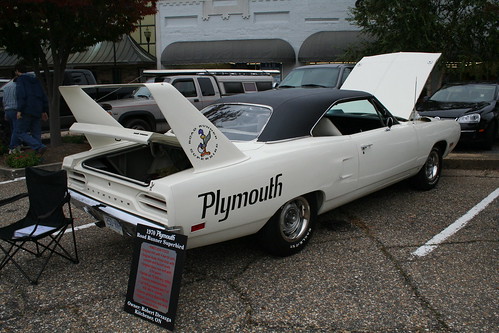 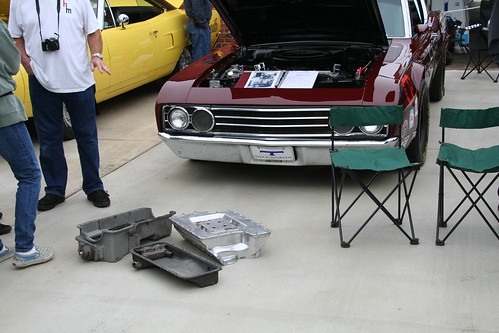 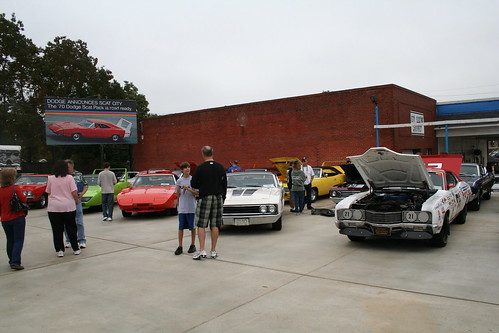 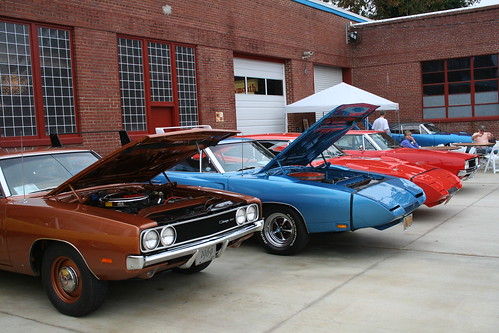 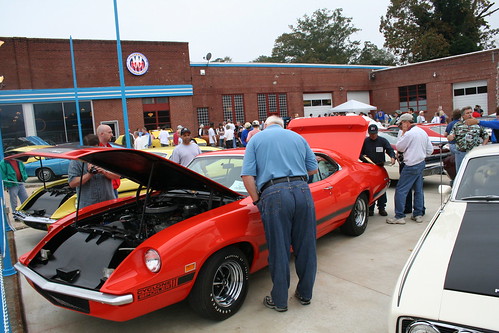 Here is Steve Honnel’s 1970 Spoiler II prototype, watch for our feature on this car. 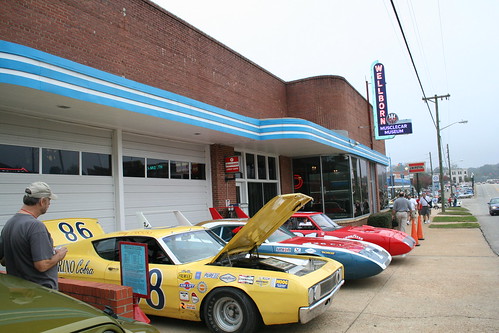 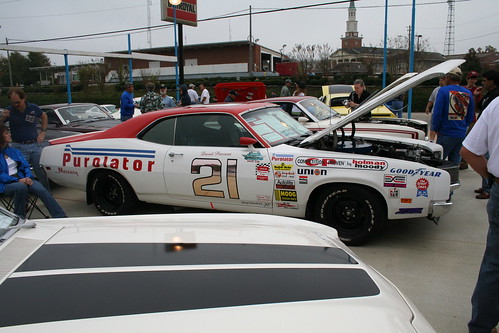 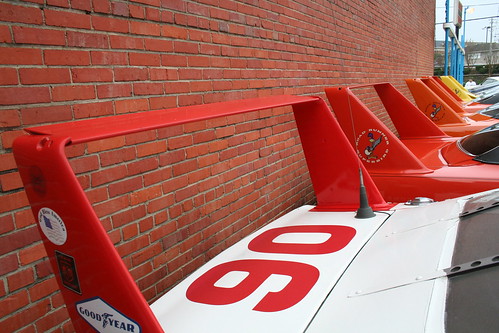 Check out all those wings! Gives an entirely new meaning to “Hot Wings”! 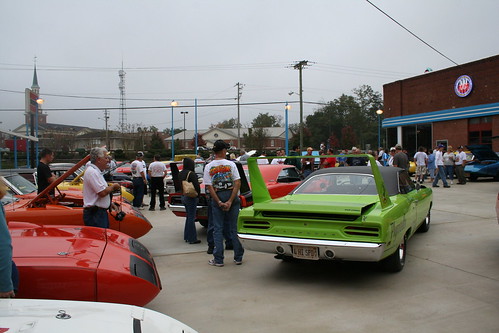 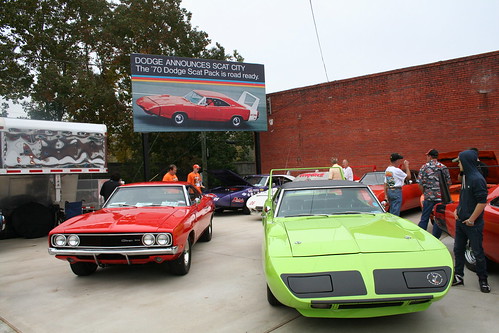 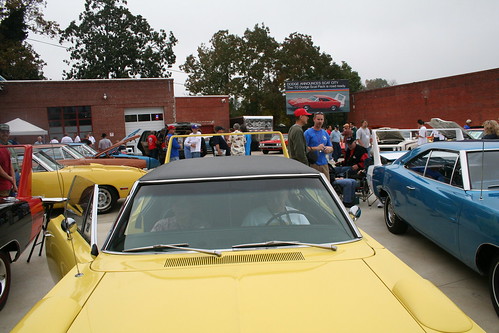 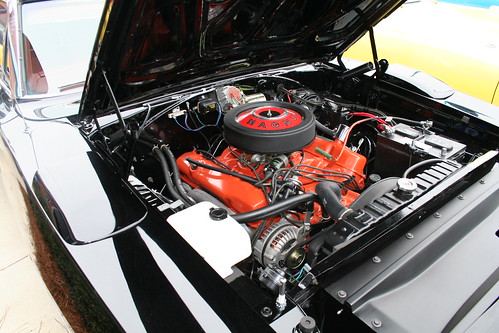 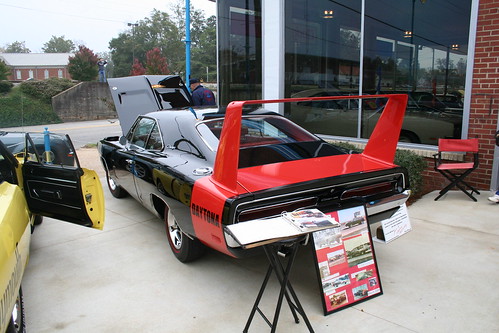