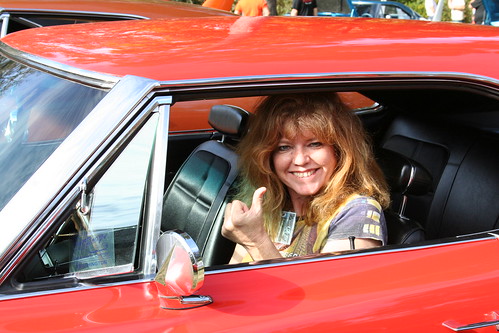 We have all heard the stories about a guy looking for his first car, or the first new muscle car he bought. Maybe it was the car his parents brought him home from the hospital when he was born. Usually this is an exercise in complete frustration. Unless you know the VIN of the car it is nearly impossible to track it down. Even with the VIN is is difficult. Remember the story about the owner of Papa Johns Pizza looking for his original Z28? He eventually found it but it took a LOT of publicity and a heck of a lot of money to buy it back, but he found it. 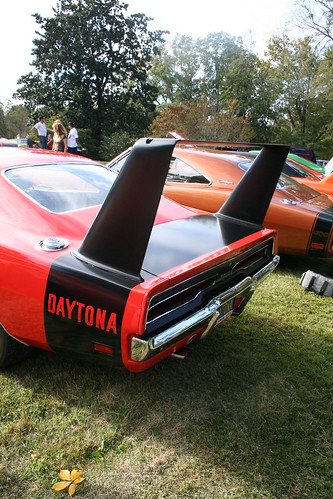 This is a story of finding a car without even looking for it! Katrina and I have both been married once before. In her previous life she and her ex-husband owned a 1969 Dodge Daytona. They purchased it with body modifications, a tow hitch attached to the underside and painted Petty blue. They had a complete restoration done on the car at a sizable expense bringing it back to its original specifications.

Shortly after the car was completed, they divorced and sold the car. It was a red Daytona with black tail stripe, powered by a 440, automatic transmission and black cloth interior inserts.

Although Katrina has talked about the car some and wondered where it ended up, she really never gave it much thought. The one thing she did mention quite often is how the seller really hated to part with the car but like so many of us, at the time he needed money more than the car. He made them promise to let him have first chance to purchase the car back if they ever sold it. 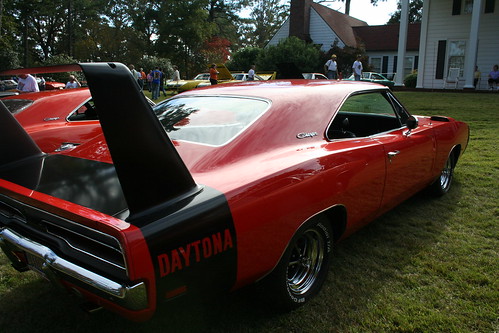 As you might expect, that never happened. It was sold by Katrina’s ex without a thought of the previous owner.

On the night before the 40th Daytona Superbird Auto Club Reunion was to officially get under way we decided to walk through the headquarters motel parking lot to see who had arrived early and what new cars we might spot. We strolled around and saw a lot of great cars and talked to some friends we had made from the previous reunion a year earlier.

As we walked by one especially nice red Daytona, Katrina looked inside the car and said now this is nearly like my old Daytona; it even has the cloth seats! With that the owner piped up and said, “They only made 3 with the 440 and cloth seats!” His tone was friendly but also contained the typical sound of an owner who has heard, “I had one just like that in high school.” a hundred times. To make things worse it was coming from a woman! 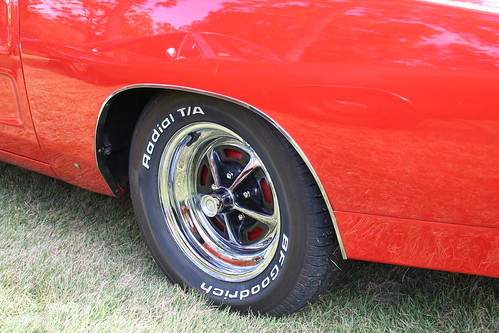 Well, the banter went back and forth a few more times with each round getting a little more excited. She mentioned the car was purchased at the Pomona Swap Meet; he mentioned his dad once owned this very car before he bought it; she said the owner before her lived in Palm Springs; he said the car used to be Petty blue.

With that they both realized this was the same car. The current owner’s dad sold the car to Katrina and her ex; they restored the car and sold it to someone in the NW; the current owner spotted the car at a show confirmed with his dad that it was the same VIN and then attempted to purchase the car. It took three years before he was successful, but he did. The car is now in the same family it was before Katrina and her ex purchased it! All of this took place over approximately 15 years! 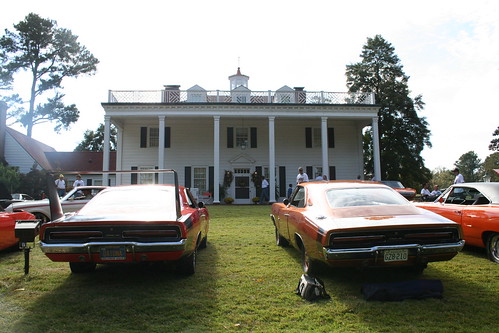 The new owner’s dad showed up at the Reunion on the next day and immediately went up to Katrina and gave her a big hug. Both the dad and the son had driven their Dodge Daytonas from Southern California all the way to Alexander City Alabama for the Reunion never expecting to once again meet the owner who took their prized possession away that long time ago. 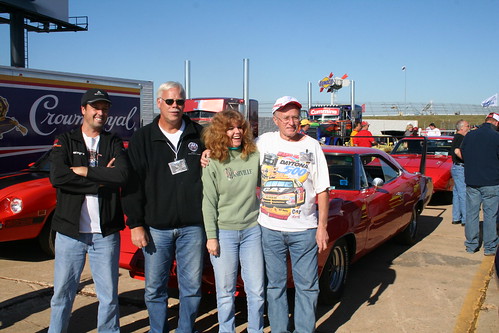 This is a picture representing the four owners. The current owner (Sean Machado) is on the left, next to him is a close friend of the person he bought the Daytona from, next is Katrina and on the end is the dad, (Joey Machado) of the current owner. 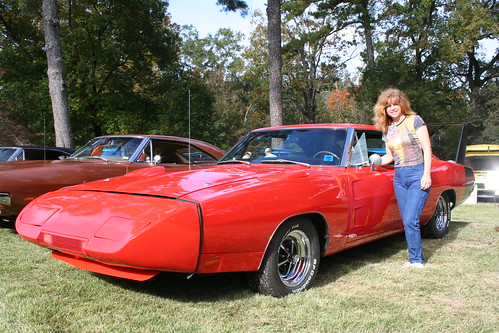 Katrina stands next to her car some 15 years later. Discussion about the ownership reunion flowed among the participants all weekend. 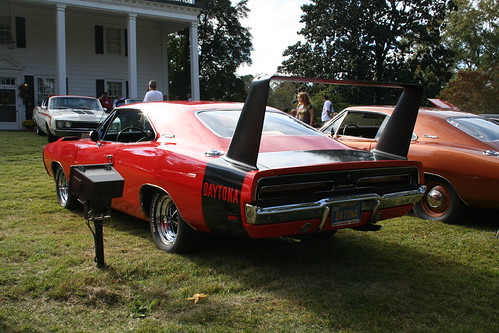 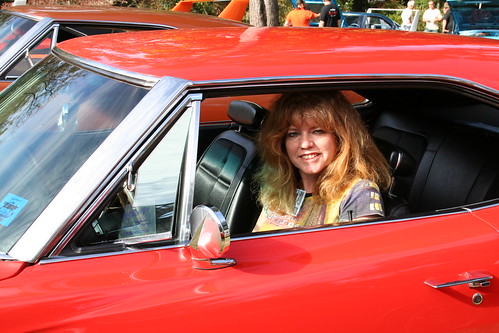 Katrina behind the wheel, sitting on those cloth seats that made the discovery possible. The interior on this car is original and has never been restored. 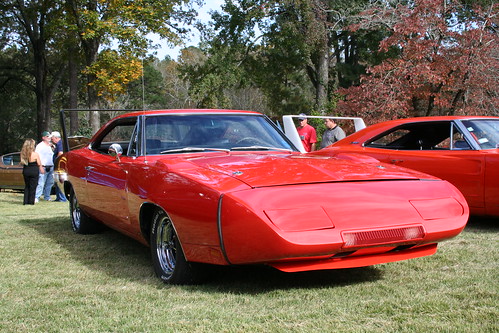 The car still has the paint that was applied when it was restored 15 years ago.