This is the last installment of My C-5 Corvette Story 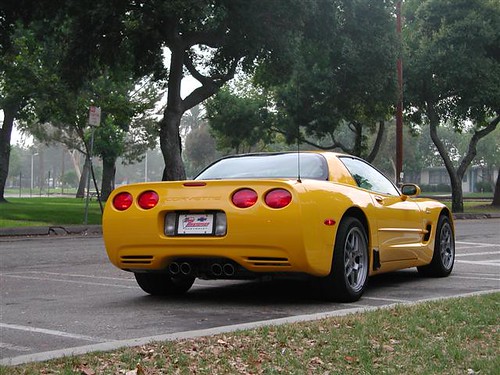 My second C-5 Corvette story deals with going through a sobriety check point late one Saturday night. I hadn’t been drinking and wasn’t very concerned about the stop so I just waited my turn. However, by this time I knew enough to put my windows down so the cops wouldn’t notice the tinted windows! The first officer asked if I had been drinking, I said no and he said move on. That was easy. As I approached the next officer, a very young officer, I overheard him say to the other policeman next to him that his car just beat one of these “new Corvettes”. Now the C-5 is a fast car today but back then it was really fast compared to everything else on the street and I did not like hearing about something beating it. I immediately stopped and asked him what kind of car he had. He told me some highly modified Porsche story, and I said I doubted it beat a new Vette but maybe it did. I started to drive off again. Suddenly I realized I had missed the real question here. So I stopped and yelled back at the young officer, “Was that race on the STREET?” To my surprise he responded, “Yes!”

Here I am going through a Police sobriety checkpoint and a cop just admitted he was street racing! Where’s my video camera when I need it? Then he started walking towards the car and I figured I had gone a step too far in embarrassing the man in blue. He stuck his head in my window and said the problem was there were two women driving the Corvette! It’s nice to know that some Police are human even if he was a sexist!

Owning and driving a Corvette is fun, it requires a certain amount of humility, but provides a great deal of satisfaction and pleasure. These aren’t the only stories about my experiences with a Corvette. The 1997 was replaced four years later with a 2001 ZO6. They had just been released. I had a full option coupe on order when the dealer called and said I have a ZO6 for you! I said I wanted a full option luxury touring car. He replied, you want to test drive a ZO6 don’t your? I was still dumb then and said yes. Katrina and I went for a test drive on July 4th. I got two blocks from the dealership and said I would take it! Wow! What a car! 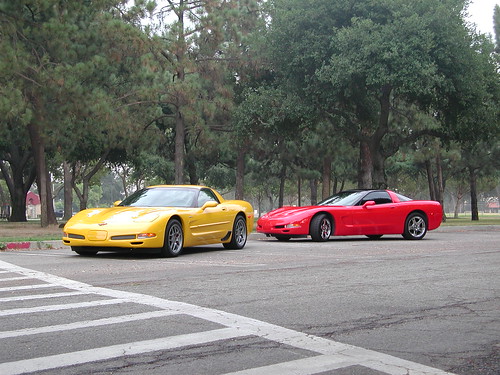 It seems the person who ordered the car had his own problems with the Police and lost his driver’s license the week before the his special order ZO6 showed up. His loss my gain. The dealer sold my special order car to someone else and I still have this car and have no plans to get rid of it.

I have no estimate of how many miles I have logged in Corvettes over 30 years of Corvette ownership nor can I remember all the experiences. I do remember a ’67 427 that caught fire as I was driving; I remember my first Corvette, a red 1962, while in College I had a professor that demanded a ride; I remember winning first place at a Concourse with a ’63 split window; I remember a high speed spin at an auto cross; and I remember courting Katrina in a red Corvette, that I will never forget!

Will I replace the ZO6 with a C-6 or a ZR1 or maybe a C-7? I don’t think so. One thing I have learned over the years is sometimes you have to sell the old to buy the new; but sometimes it is better to never let go of the old. The ZO6 is a car I would like to keep, it’s special and for now it stays. I am sure the C-6 line of Vettes is better and the C-7 will be better still. For now I am content.

Did I cross over into the Twlight Zone?