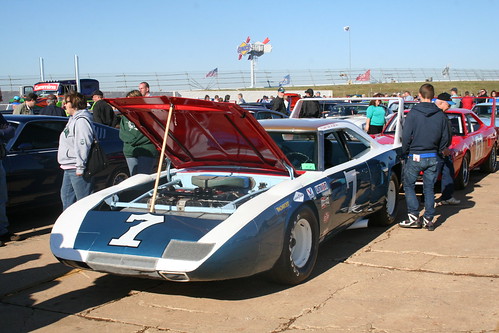 If you are a true NASCAR fan from “Back in the Day” you remember the wild winged Dodge Daytona and Plymouth Superbird. If you lived in the Midwest and went to the IMCA or USAC races you remember the gang from Keokuk, Iowa. For some reason that small city in the SE corner of the State produced some of the best oval track stock car racers in the Country.

Ernie Derr was one of my favorites but Ramo Stott, Don White,  and Dick and Ron Hutcherson,  Darel Dieringer, Lem and Gordy Blankenship were all big names back then. Both Ramo and Ernie had wins in IMCA, USAC and ARCA but it was Ramo who sat on the pole for the 76 Daytona 500. It was also Ramo that drove the big winged 1970 number 07 Plymouth Superbird.

The car you see here is the original Ramo stock car. It is currently owned by Doug Schellinger and believe it or not, this car still has all of its original sheet metal. It saw plenty of track time but Ramo wasn’t just fast he didn’t tear his equipment up either.

The video below is an interview of owner, Doug Schellinger, with Speed TV Rutledge Wood at the 4oth Anniversary Aero Car Reunion at Talladega Speedway in 2009.

We also met up with Doug and his Superbird at the 2010 Amelia Island Concours de’Sport as he drove onto the show field.

The following photos are of Ramo’s car as it looks today in all of its unrestored glory. 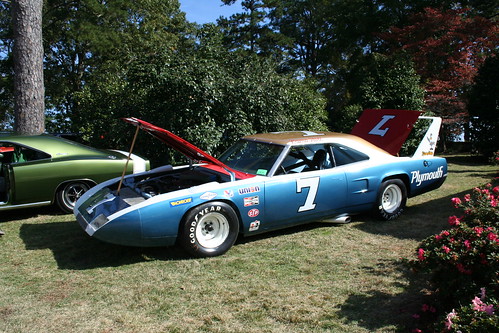 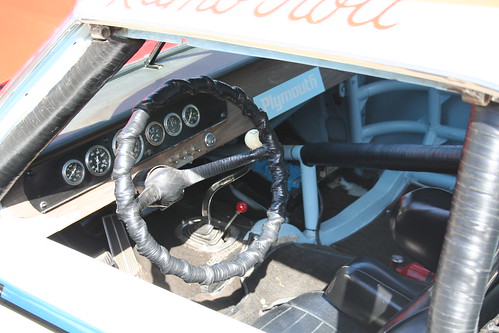 Look at all the tape on the steering wheel. The driver needed a lot of grip to hold on to the wheel without power steering. 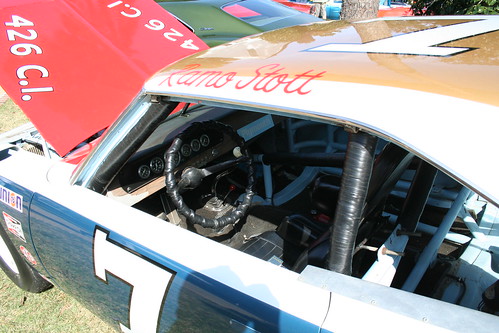 The name over the door says it all. 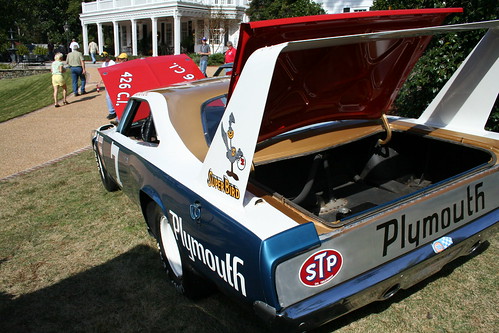 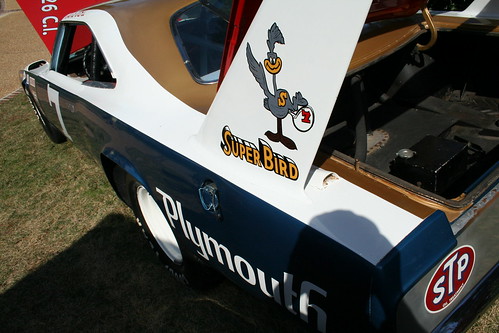 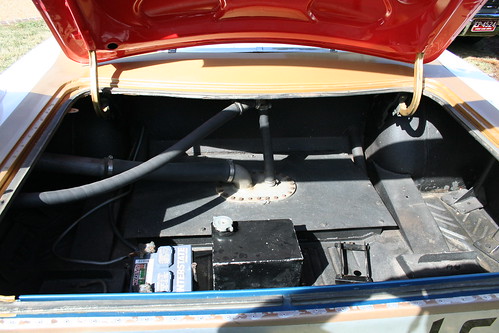 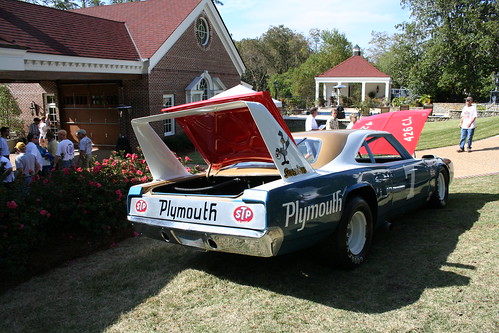 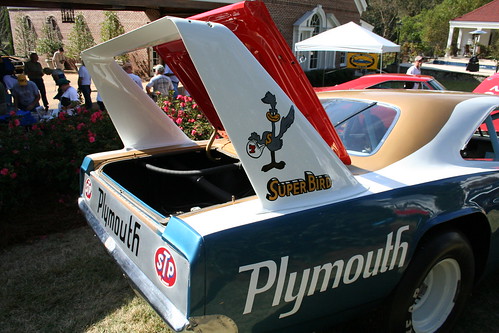 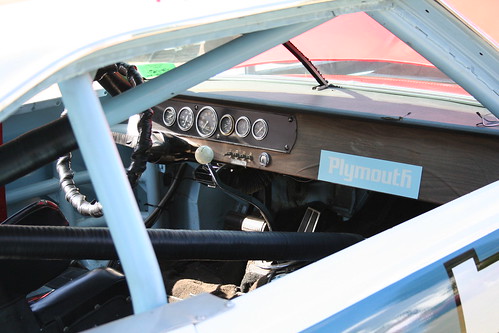 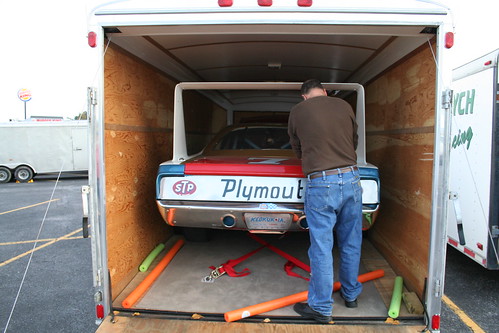 As you regular visitors to this site know, I am a native of Oskaloosa, Iowa and watched all these drivers and cars race on the Iowa dirt tracks back in the day. When I saw Doug pull up next to our motor home and open the door to his trailer to reveal Romo’s car inside it was almost more than I could take. The memory flashbacks of Ernie Derr and Ramo fighting it out on the track like true gentlemen was overpowering. These guys used to race door handle to door handle for lap after lap; I miss that. 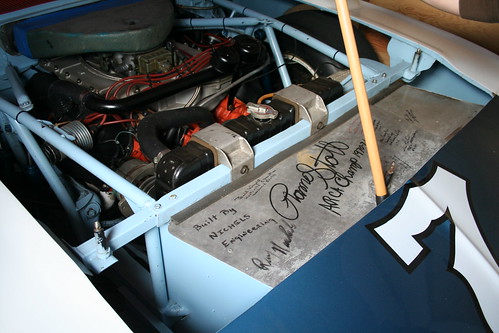 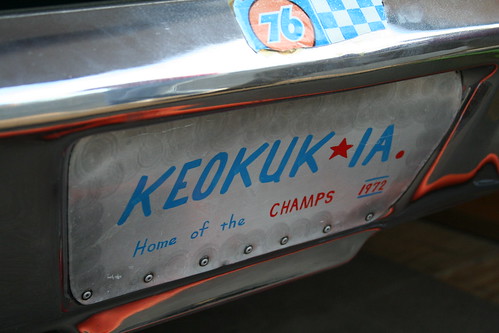 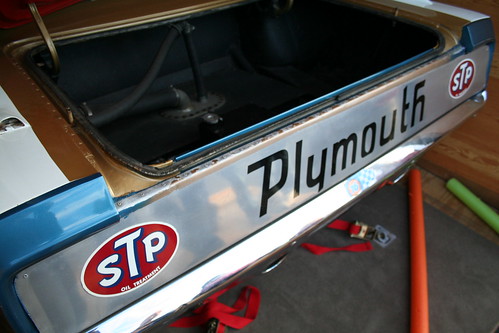 Ramo’s son was at the steering wheel of his dad’s old race car on our parade lap of Talladega Speedway in 2009! What a nice thing for Doug to do. I am not sure I could step out of the driver’s seat given an opportunity to drive this car on Talladega but Doug is a true gentleman.