In the mid 80s when I moved to Southern California the first thing I did was get season tickets to Riverside. It was a shrine for me. I grew up seeing it in movies and reading about it in magazines and watching races on TV. Within a few years I had my perfect season tickets in the top row of Turn 6. My favorite lap of all racing remains the view from that location. When the large NASCAR  racers came blasting up through the S’s toward Turn 6 on the first lap there was nothing like it I had ever seen before or since. The view and the action was terrific. Then, in just a couple of years it was all gone. As usual, some brilliant politicians and greedy developers plowed it up for another stupid shopping mall. I hope someday we as a society learn our lesson about what is important and what isn’t. By profession I am a City Planner and can tell you there is always another location for a mall and there is always another contribution for a politician but there was only ONE RIVERSIDE INTERNATIONAL RACEWAY.

I had my expectations up for what I might find at the museum and I was somewhat disappointed. There are a number of impressive race cars on display and some old track memorabilia but not enough to get the heart pumping. Museum Director Bruce Ward (no relation to Roger) was extremely pleasant and even escorted me through the collection pointing out many unique historical facts about the more significant cars.

There was a notable shortage of vehicles that would have raced at the famous road course. There was not one single old NASCAR or GTP car present and only a very small number of sorts cars. I hope as the museum grows these valuable assets will be found and placed into the collection.

There is a good representation of Indy Cars, especially from local hero Dan Gurney and his All American Eagle race cars but, to my knowledge, there was never an Indy Car race at Riverside. 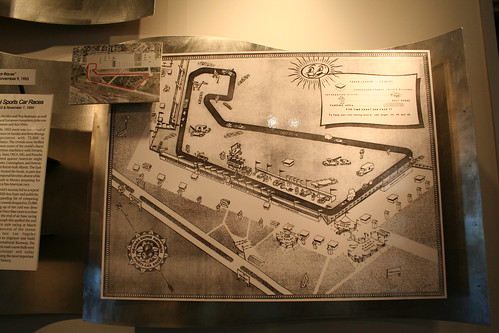 This is the layout for the first sports car race held at the March Air Force Base in 1953. 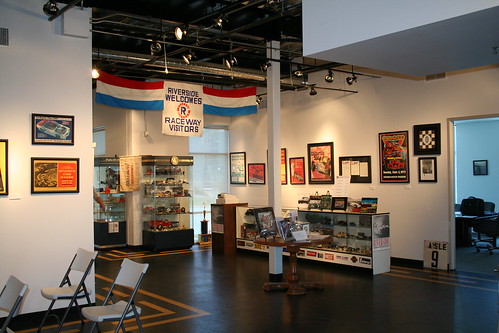 Entry and gift shop at the museum. 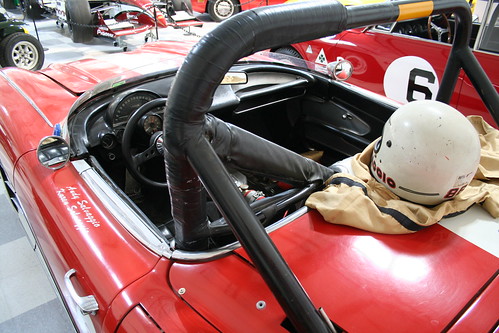 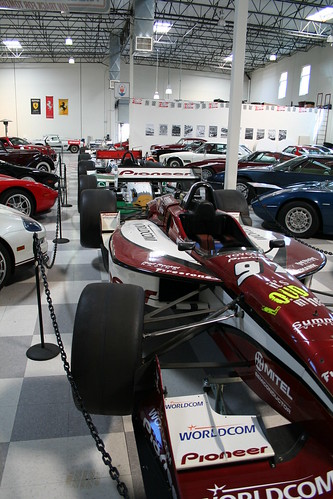 There are a lot of cars in a little space.


For the real Riverside International Raceway fan this will be a little bit of a disappointment but it is a museum with a bright future. I hope when it reaches its final home there will be more photos of the old raceway, a variety of vintage NASCAR and GTP cars on display and maybe even some of the off road vehicles that once raced there.

Will I go back? Yes, I believe in a few years this museum could well be on the must do list but for now it is just a disjointed collection of interesting cars.

To read more about the Riverside International Raceway Museum and to see many more photos Click Here.

Sand Blasting on the Cheap