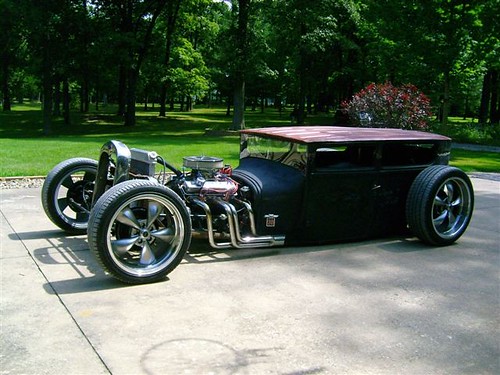 Rat Rods are becoming more and more popular.  This one was built by Tyson Reed of Watson, Il. It has taken him and his buddies 14 months to get to what you see here. Check out the photos and the video! 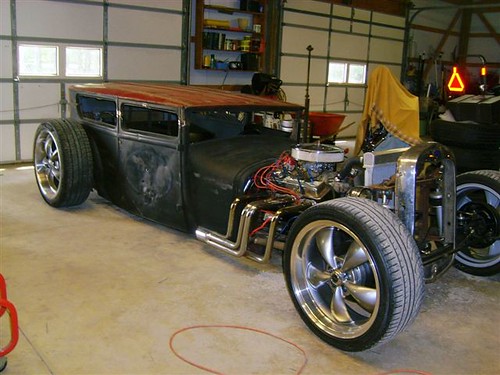 The engine is a 350 Chevy with roller rockers, mild cam and 400 crank. The ignition is Mallory dual point and has an Edelbrock 600 carb. 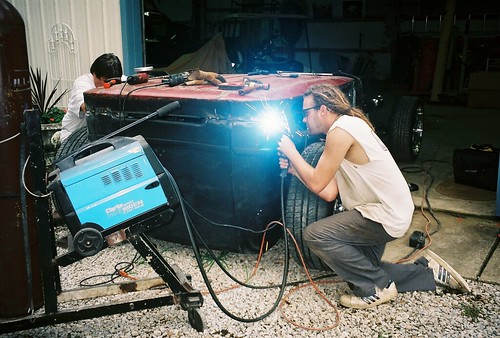 The body was originally a 1927 Ford tall “T”. It has been chopped 10 inches and channeled 3 inches over the frame. 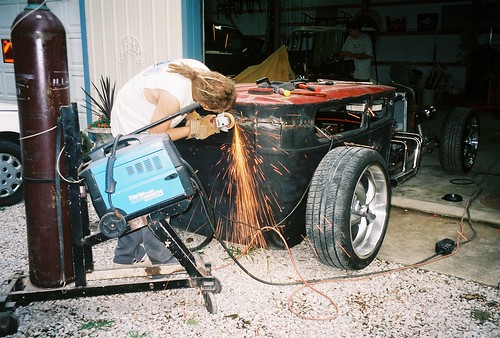 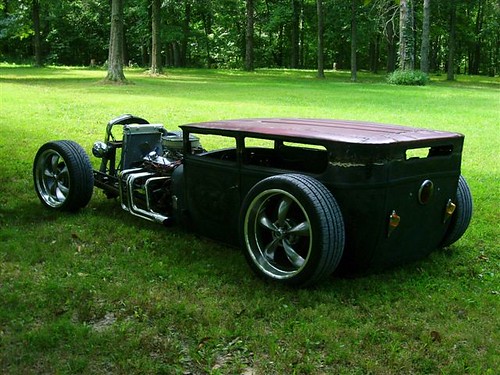 The top was donated by a Ford Aerostar van and the drive line was pulled out of a 1966 Chevy top-loader 4-speed with a 9 inch rear-end.

The frame is 2″x3″ box tube, ZD for 3″ drop mid-frame. The suspension is a Ford Split wishbone solid front axle with F100 brakes, four-link rear. It gets a 6′ lift at 60 psi. The panhard bars are tucked nicely front and rear. 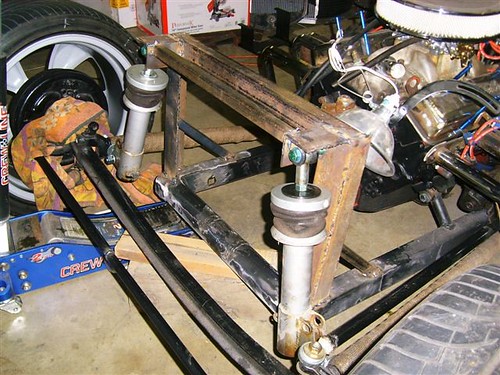 The interior has a modified wooden bench seat from a 1930’s truck. 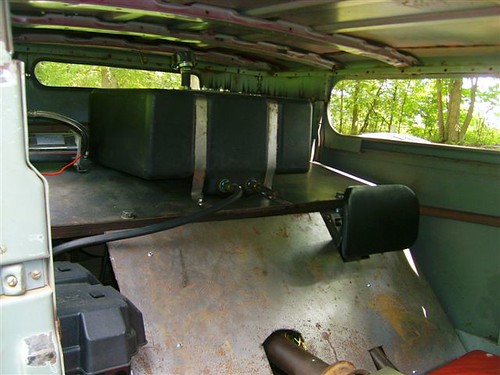 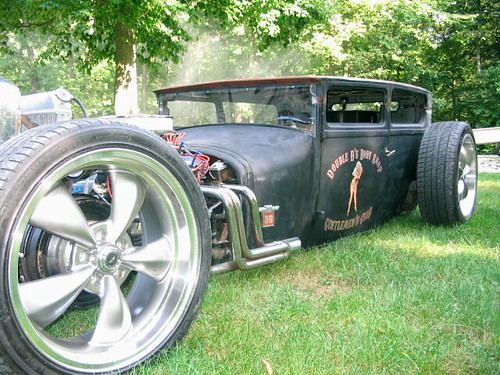 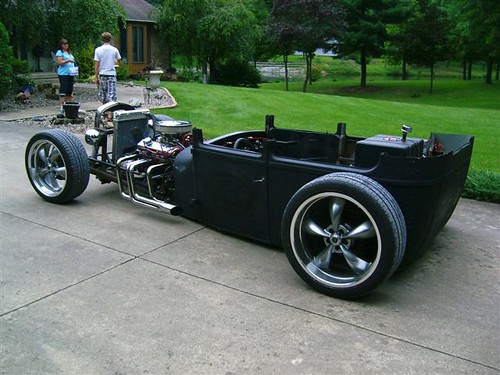 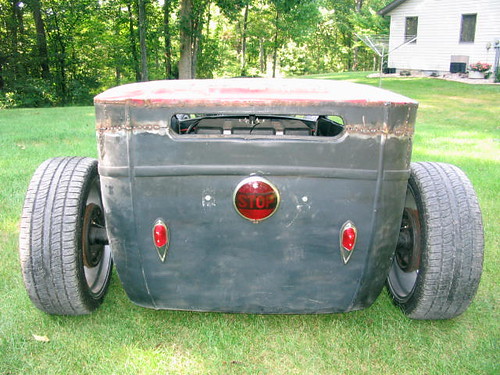 Tyson wanted to thank the Jim Feldhake Farm, Kenny Feldhake and his entire family for letting him pick a way at the 1966 Chevy 1-ton farm truck for parts. 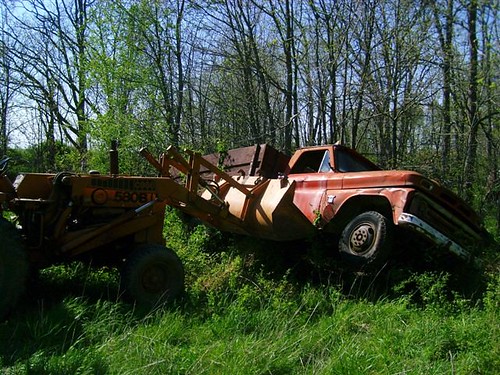 I guess if you need a part and don’t have a jack out on the farm, a tractor will do just fine! 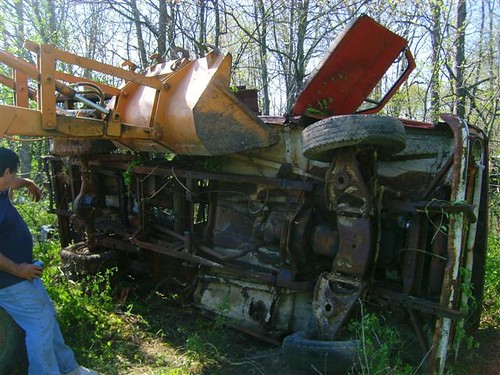 Who needs a four post lift when you have a tractor? Bet he used a different method to install that trans! 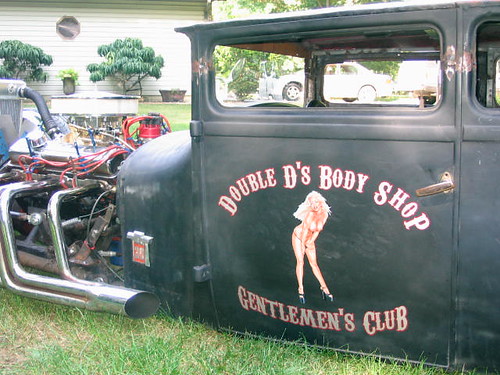 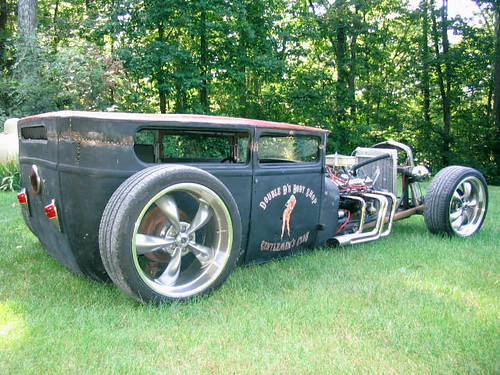 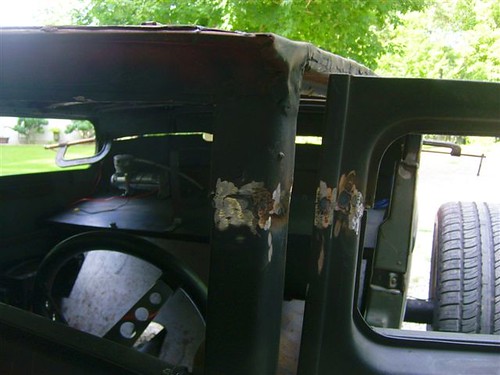 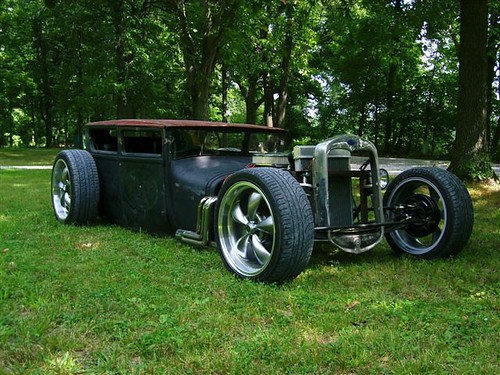 I think with a name like Double “D’s” on the side; this Rat Rod should have BIG HEADLIGHTS and a smaller radiator!