We are only three months away from the first ever 1969 Ford Talladega Family Reunion. It will be held in conjunction with the Forge Muscle Car Show in Kingsport, Tennessee on October 1 and 2, 2010. Because it is a “Family Reunion” the Mercury Cyclone Spoiler and Spoiler II cars are also invited and will be in attendance.

On the first of every month I have tried to bring you new information on what cars you will be seeing at the Reunion. This show isn’t just limited to the cars; we will also have some of the Ford and Racing Gurus from the late 60s and early 70s in attendance. There will be Prototypes, Pilot Cars, The First Production Talladega, The Last Production Talladega and, of course, a race car.

This authentic vintage racer is a historic Benny Parsons ARCA car owned by Barry Miller. I have seen this car several times and it never fails to put a smile on my face. This car is not all polished up and smoothed over it is in the same condition these cars raced in back in 69!

It is an actual race car used in the 68/69 Championship season. It is a real Holman and Moody built car with serial number 8 HM-036-S. They constructed it from the Parnelli Jones 1966 H&M Fairlane SN C6HM-10092.

This is the same car with Benny Parson behind the wheel back-in-the day!

As configured here, it replicates the 1969 Benny Parsons Talladega. It was the very first Talladega under official timing at Daytona in February 1969 and hit over 185 MPH. 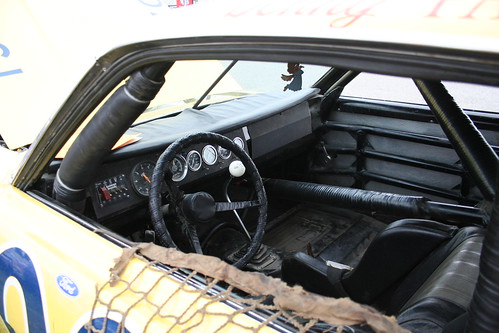 Barry will have this car and a lot of memories at the Family Reunion. It will be a very special time to have all of these rare and fantastic cars under one roof for the first time ever. BE THERE!

If you would like more information on the Forge Muscle Car Show or the Talladega Family Reunion simply email your questions to us; Click Here.

If you would like to see more photos and information on this historic Talladega race car, Click Here.

Looking for a rare car?