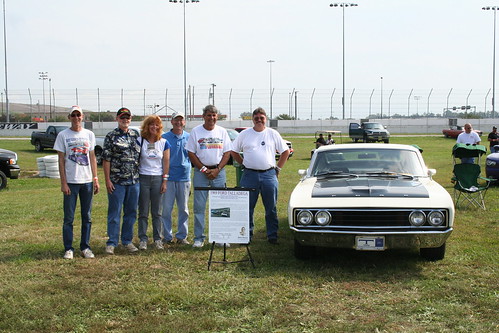 Katrina and I just returned from one of the most enjoyable car shows we have ever been to. Imagine this, you are at a show and there are 730 cars there; and all but 9 are Mopars. You are one of the 9 Fords at the show, how would you expect to be treated? 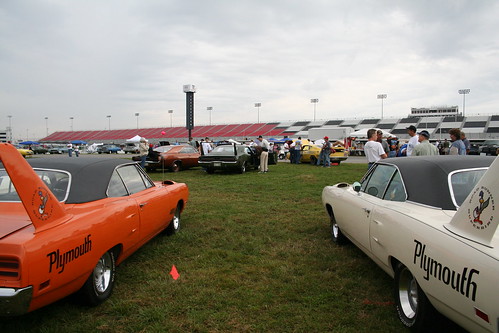 Well, if you were at the 08 Monster Mopar Weekend XXIV Show at Gateway International Raceway in St Louis this September 19-21st you were treated like a long lost friend with a very special car. Katina and I joined our friends in the Daytona Superbird Auto Club for the Aero Warrior Reunion held in conjunction with the Monster Mopar Weekend. 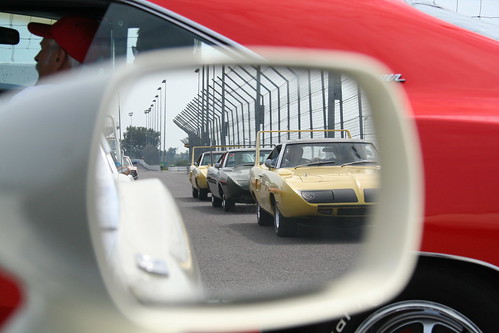 You have to understand that the 1969 Ford and Mercury aero cars (Ford Talladega, Mercury Cyclone Spoiler and Spoiler II) are welcome as members of the Mopar Dodge Daytona and Plymouth Superbird Club. No, you didn’t miss any announcements about Chrysler purchasing Ford.  It’s just that the guys and gals in the Daytona Superbird Auto Club recognize that without the Ford cars being built first and kicking their butts on the track Chrysler would never have built the winged cars. What a loss that would have been! 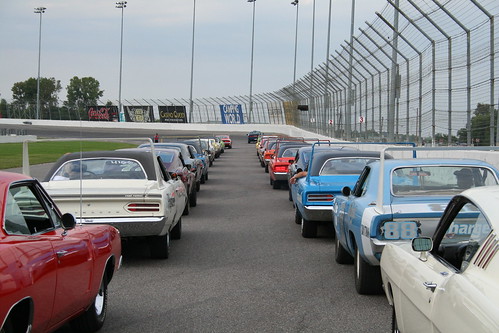 That is the way racing used to be and should be; no damn identical bodies with decals to tell if it is a Dodge, Ford or Chevy. Back them there was competition between the manufactures and us street folks benefited from it. 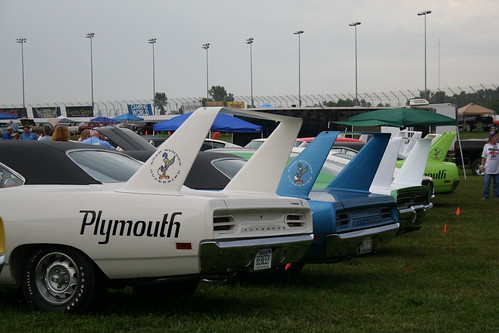 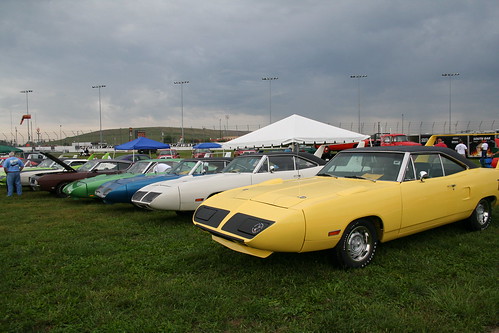 One Dodge guy said it best when I told him the quarantined our Fords so we couldn’t infect the Mopars. He said you can infect my garage with this car anytime, we love cars; all cars. Amen! 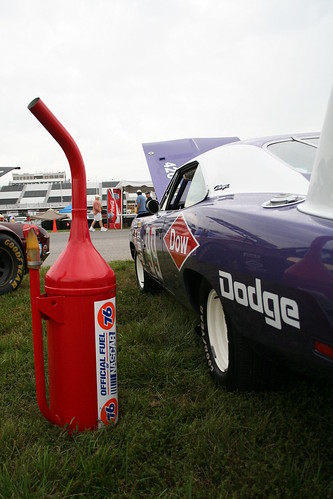 Katrina and I have owned Mopars, GMs, and Blue Ovals. We have our favorites from each brand and will never down talk any of them. We love cars, all cars, but especially the fast slippery ones. 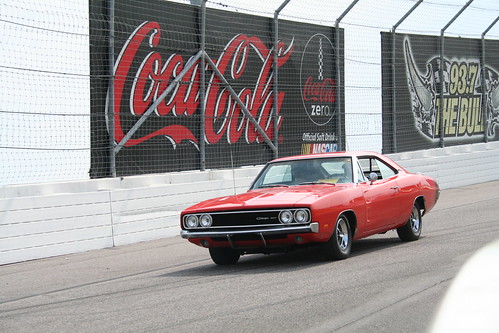 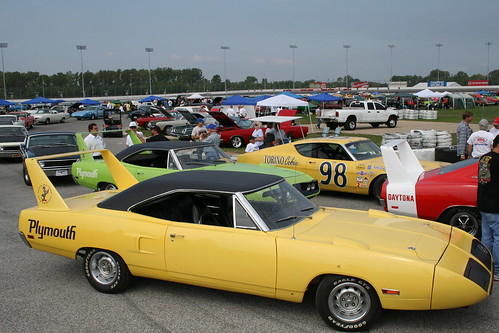 Go to our On Tour page to see more photos and descriptions.

Flex Fuel? This is Flex Fuel! Chrysler Turbine Car Inside and Out; a Quick Look.