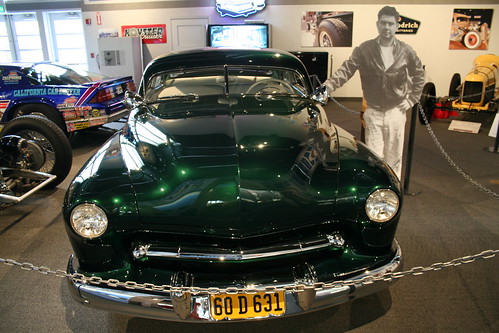 The cover of the December 1951 issue of Motor Trend magazine featured this beautiful creation by Sam Barris. The car was also displayed at the 1951 Oakland Roadster Show and created quite a sensation. So much so that it was sold off the show floor! 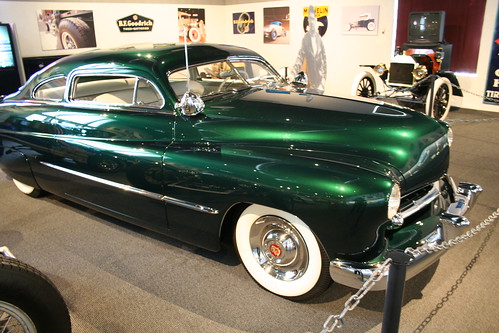 George Barris says his brother, Sam, purchased this car new and drove it daily until he figured out how he could chop the top. He was the first to chop the top on a 49-51 Merc!  He did not stop with the top. One of the changes most easily overlooked because it looks so natural is the removal of the “hump” in the door and the downturn of the rear character line. 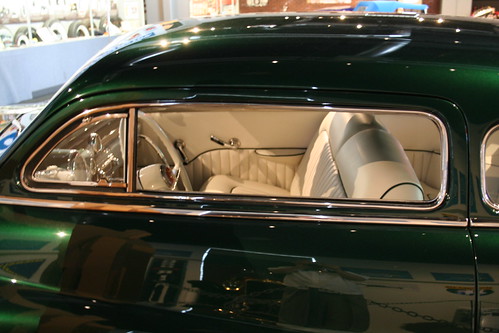 He next performed all of the standard custom touched of the day; nosed, decked, removed door handles, and frenched the headlights. Of course there is the prerequisite rolled and pleated interior, in white. 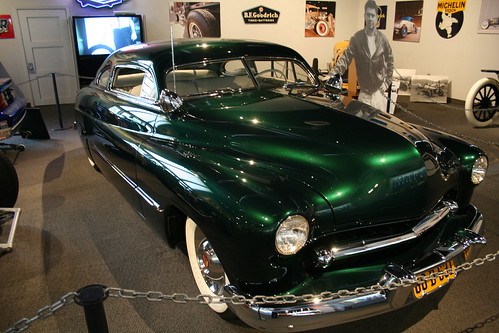 The grill is made of two 51 Ford Bars. 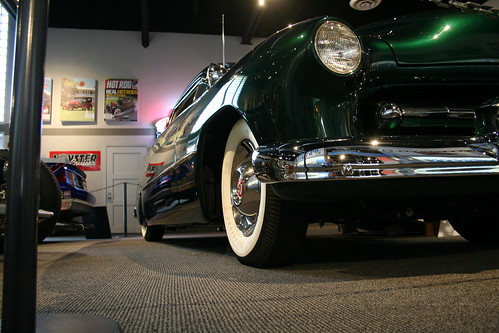 The paint is a rich deep dark metallic green. 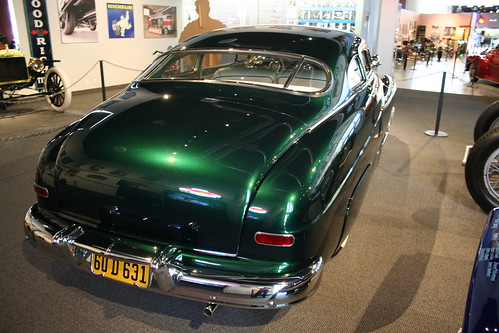 The car underwent a complete restoration by Roy Brizio Street Rods in South San Francisco with paint by Darryl Hollenbeck of Concord, CA. 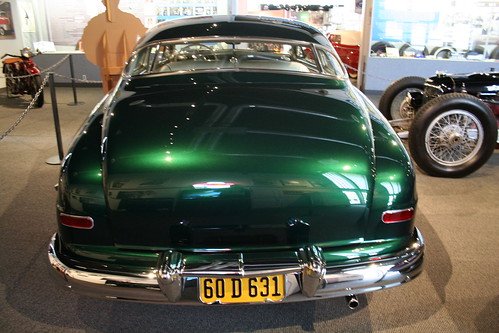 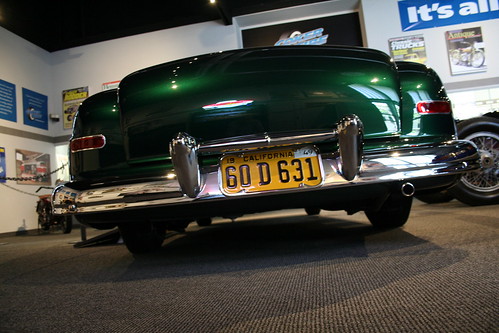 When these photos were taken it was on display in all its glory at the Wally Parks NHRA Museum in Pomona, CA.