When did aerodynamics first come into play in Nascar? Most of us would say 1968 or 1969 with the birth of Ford, Mercury and Dodge Aero Cars. Well, most of us would be wrong. This second video in our three part series takes you back to the years leading up to 1959. During this time it was Smokey Yunick who first took advantage of the benefits of a slick race car. His background as a bomber pilot in World War II taught him a lot and he brought that to racing. 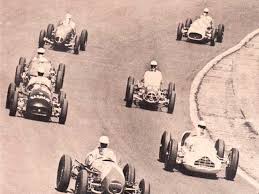