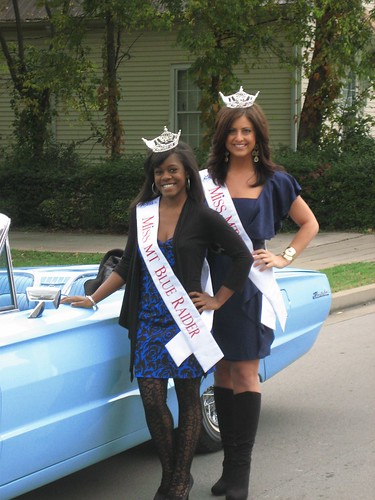 Katrina and I like doing things in our local community so today we braved the cold weather and a lot of well lubricated college students to drive the MTSU Homecoming Queen and the MTSU Blue Raiders Queen in the Homecoming Parade in our 1965 Thunderbird.

It is always fun to support such events and enjoy the youthful exuberance that we remember but do not share.

The two queens were lovely but we actually had three queens on board. I won’t say what year it was, that would not be gentlemanly. However, Katrina was the Homecoming Queen at her college, Fullerton State in Fullerton, California. The two MTSU queens were beautiful but I will keep my classic Katrina!

The Bird was also a big hit in the Parade. The most often asked question yelled from spectators was: “What year is it?” Of course, everyone should know it is a 1965.

Owning collector cars is much more fun when you drive them and take them out were others can enjoy them. I was shocked at how many of the college kids came up to the car while we were waiting for the parade to start and admired the car. Our bird is likely older than some of their parents! I guess it goes to show you that good classic design transcends the ages. 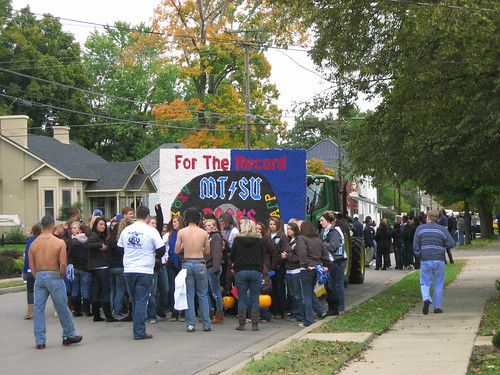 We were lined up behind this group of sorority and fraternity kids waiting to have a good time. The temperature at this time was around 48 degrees. We were complaining about having the top down and how cold it was; just look at the two guys without shirts! 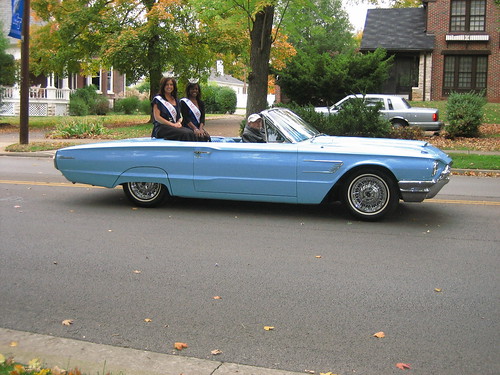 My Queen, Katrina, jumped out of the car to take this picture of the car and MTSU Queens as we started towards the Parade route. 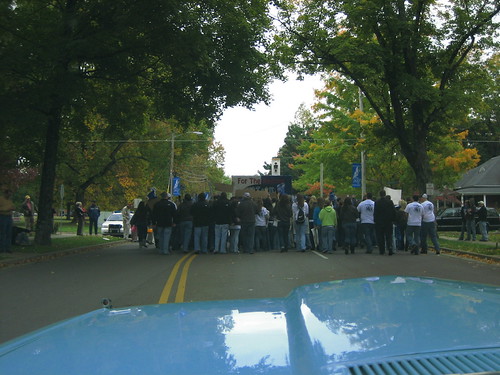 These kids were having a blast. I had the car in gear and idling the entire parade route and never took my foot off the brake! They were having way too much fun throwing candy to kids, stopping to cheer and otherwise keep warm and excited.