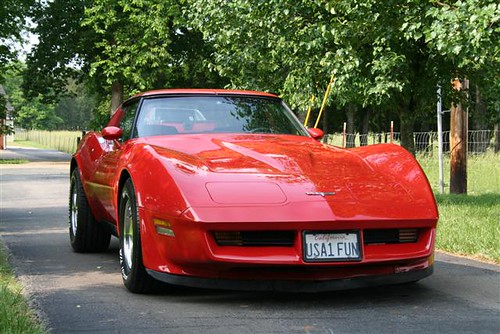 As usual, I never thought it would happen to me; of course it did. Two months ago I had a Corvette stolen from outside the restoration shop it was at. The car was never to be outside but just this once it was left out overnight. Within two hours of the shop closing its doors video cameras recoded it being driven away.

The car had been at the shop for well over a year and it had an engine rebuild, new paint and new interior. I had picked it up and paid the bill but the windshield wiper still didn’t work and there were a couple of other small items that needed to be taken care of. It is enough to drive a guy to drink. 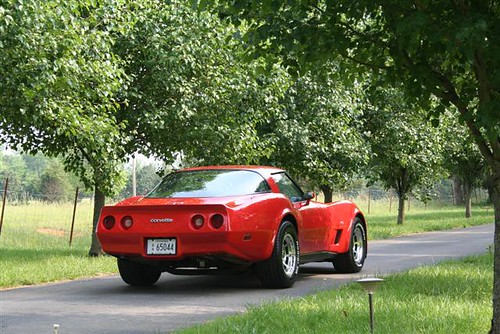 The punks who stole the car, filled it with gas, washed it up, drove it to Nashville and did who knows what with the car that night. By the next morning they decided to give it another bath, this time in the Cumberland River. They started the engine, put a big rock on the accelerator, put it in gear and stood back to watch. These idiots evidently forgot to straighten the wheels and it hit a guardrail (all of this is from the Police Report).

So the car was stolen, wrecked and then recovered but it is gone again. This time my insurance company towed it away.

The restoration shop had insurance but it was inadequate to cover the damages totaling approximately $12,000. They offered slightly over $5,000. I have insurance with Grundy and they are great. I turned the claim over to them and within 24 hours they agreed to pay the “stated value”. They will then go after the other insurance company and shop for reimbursement. This is my first time to ever have a claim with them and they were very cooperative.

I had nearly $20,000 in the car including $12,000 in restoration costs. Unfortunately, I had not increased my “stated value” with Grundy from the original pre-restoration amount of $16,000.

Long story short, the car was totaled and I lost some cash, not a lot but anything is too much these days.

Several lessons were learned that I will share with you.

Good luck with your toys and I hope you never have to go through this experience first hand.

If you would like to see more photos of this car,  more on its history and more about the damage, Click Here.

A Bird of a Different Feather