As reported else where, the first step in this driver restoration is to repair some rear end damage that resulted from one of my son’s friends rear ending him. The damage was significant but not fatal. No injuries to humans, at least not until my son got home and told me about it! 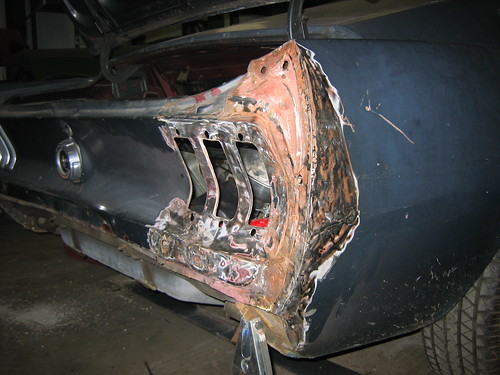 Here is what the damage looked like with a little work done on it. The fender extension was damaged and removed. It will be replaced with a new part. The quarter panel was pulled out but we found the need to replace the filler panel (this is the panel between the tail light panel and the quarter panel and is what the fender extension bolts onto). We also needed to replace the rear tail light panel and install a new rear bumper. The splash pan should be repairable or at least good enough until we paint the car.

Cutting away the old Metal. 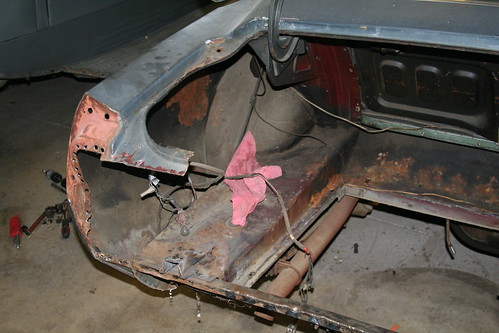 Here the old tail light panel was cut out and the gas tank removed. I don’t think the gas tank had to be removed to do the work but the body man said something about welding, gas fumes and I am not paying him enough! I agreed and out it came. 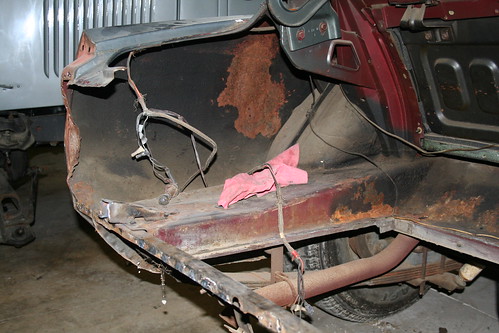 The rear is very solid. However we did find one small area of rust in the inside wheel well that will be repaired before we finish up. 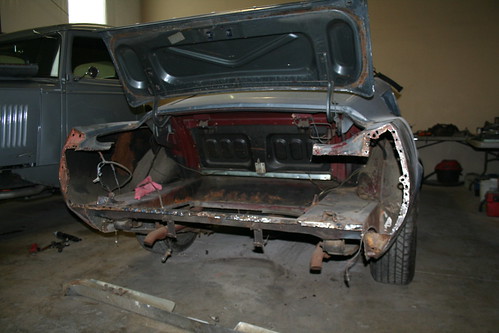 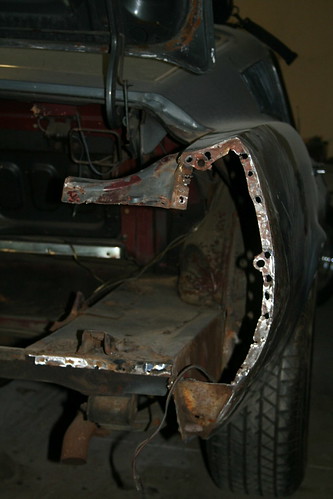 This is a close up of where the filler panel was cut out. A new part was very difficult to find  but I was able to locate one source for it. Seems very strange since the entire body is now being reproduced but very few sources are selling just this one part. 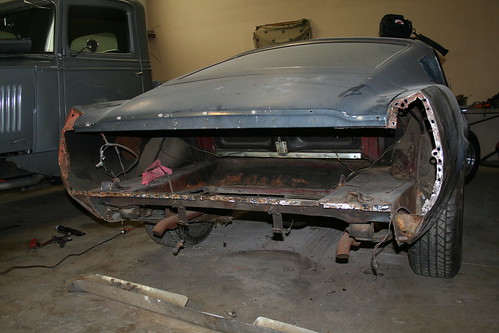 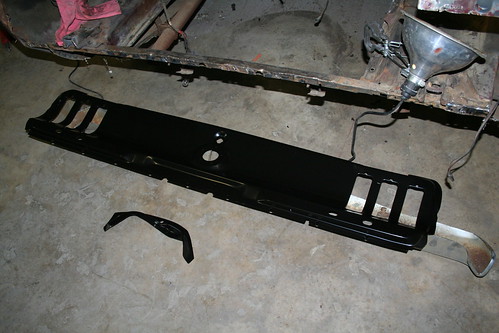 Here are the new tail light panel and the new filler panel (small piece just in front of the tail light panel). The new bumper is still in its box, not quite ready for it yet. 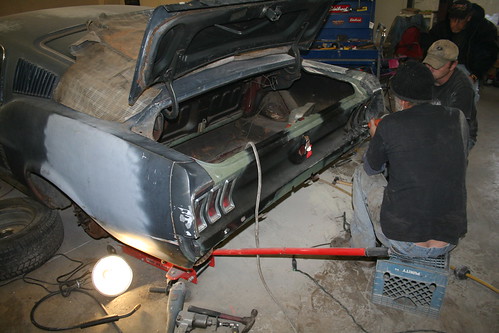 Here is the rear panel installed and lights are going in. This is all going to remain in primer just like we would do back in the day. There was no money for fancy paint so you just drove it in primer. There is some previous damage on the driver’s side quarter. That damage was thanks to my oldest daughter who backed one of our other cars into this one! She is an overachiever not happy to wreck one car, she did two at once!  It was a small dent but poorly repaired many years ago. We will also be fixing that in this phase. 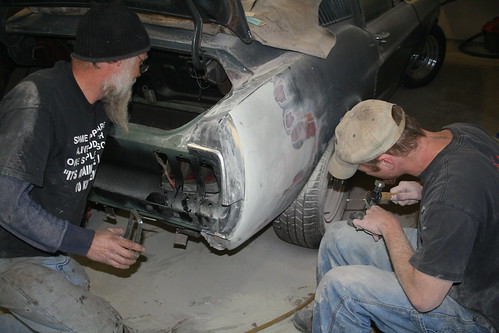 Some of the trim pieces around the tail lights were bent from the accident so they had to be straightened to fit. We will get new ones when the car is painted but for now, no way. 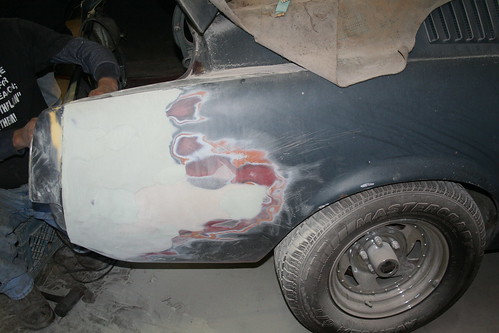 Many years and many coats of paint. At least we know what is ahead of us when it comes time for that paint job. 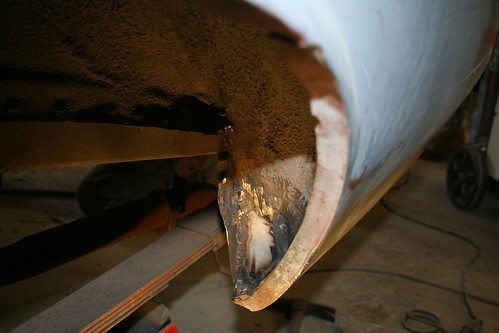 One discovery we didn’t expect was a little rust area in the wheel well, but it is gone now.

Here is what it looks like with a little primer and body shop dust on it.

The quarter looks as good as new, excluding the primer.

Next up, the front end.