Bobby Darin was an unbelievable musical talent that died well before his time. This is the car he loved. It was designed by clothing designer Andy DiDia and is the single example of the designers attempt at an automobile. Construction of this car ran from 1953 until 1960. Darin wanted the car very badly and purchased it for $150,000 (that would be approximately $1,500,000 in today’s dollars). This space craft on wheels is powered by a V8 engine and has a 125 inch wheelbase! This was not a show car. Bobby and his wife, Sandra Dee often drove it to the Academy Awards. It also appeared in movies of the time.

The DiDia 150 is hand-fashioned from soft aluminum, has thermostatically controlled air conditioning, hidden headlights, tail lights that swivel as the car turns a corner, glass windows on hinges, and rust-colored seats, each with an ash tray, cigarette lighter, and radio speaker. 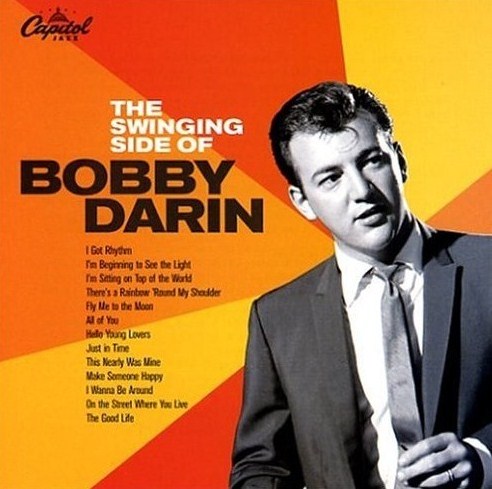 Darin was born in May 1936. When he was eight he overheard a doctor tell his mother that he might not live past 16 due to heart damage caused by rheumatic fever. Darin went on to record such hits as “Splish Splash,” “Dream Lover,” and “Mack The Knife,” which won him a Grammy in 1960.

Darin was nominated for an Academy Award in 1963. His record company, TM Music/Trio, launched Wayne Newton and others. Darin was with Robert Kennedy in 1968 when he was killed at the Ambassador Hotel in Los Angeles. Bobby went into seclusion for about a year after that event. In 1972, he had a TV variety show called The Bobby Darin Amusement Company that he hosted until his sudden death in 1973. Darin’s death came after surgery to correct heart problems brought on by blood poisoning. He was 37.

The hood is not open; this is a body line that goes along the entire side of the car and looks like it might be part of a ventilation system.

The rear of the car is very much like the wild concept cars of the 50s that we were assured we would be driving (or flying) in 1980!

As wild as the exterior is, the interior seems almost practical.

Love those controls on top of the dash but I am sure they would give today’s government vehicle safety regulators a heart attack.