Just the name says it all. It was the late 1950s and America was just beginning to really discover the open road and Detroit was building cars the flew down the road. The general population was intrigued with space ships and luxury cruise ships. All was good in the World and we were set to take off. What better name for a top of the line road King than Turnpike Cruiser? Mercury was the step up from the everymans’s Ford. Never was it said more clearly than with the 57 and 58 Turnpike Cruisers. Here are a couple of similar examples. The first was photographed at the 2011 Kris Kringle Car Show in Franklin, TN and the other was photographed at the 2009 Good Guys Show in Des Moines, IA.

Hope you enjoy these as much as did!

As we mentioned above America of the 50s and 60s was fascinated with anything that flew or went into space. It was the beginning of the space age and everyone wanted to be apart of it. It seemed like every car wanted to be a space ship. Arguably, one car from Mercury may have been the best example. It was the 1957/1958 Turnpike Cruiser.

Sometimes show cars led the way to what future models may look like other times manufactures would design the production car and then build the show car to extreme and measure the public’s reaction. It also proved customers with a hint of what was to come. The 1957 Mercury Turnpike Cruiser was an original. The show car it most resembled, the experimental XM-Turnpike Cruiser of 1956, came after the basic production design had been developed.

The 1957 and 1958 Mercury Turnpike Cruisers were a halo models for the Mercury Division. At introduction of the 1957 line up the Turnpike Cruiser series offered two and a four door hardtop body styles.

They might best be described as the Jetsons meet Detroit. They are remembered for the unique styling cues and wide array of gadgets including a power rear window that could be lowered to improve ventilation, “twin jet” air intakes at the upper corners of the front windshield, “seat-o-matic” automatically adjusting seat, and an average speed “computer”.

For 1957, the Turnpike Cruiser was the premium model range for Mercury being differentiated from other Mercury models by the gold anodized trim strip in the car’s rear fin. It came standard with an automatic transmission and a 368-c.i.d. engine producing 290 horsepower. 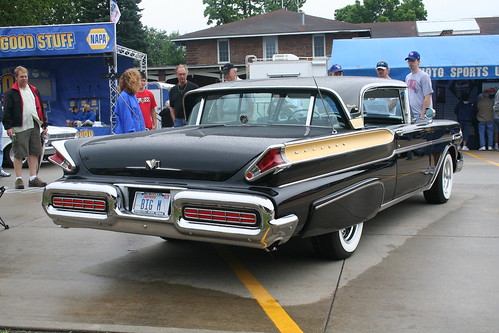 Later in the model year an open car named Convertible Cruiser was added to this series. It was created to be used only as the official pace car of the 1957 Indianapolis 500. On January 7, 1957 it was announced that the Convertible Cruiser would be available as a production model as well. All Convertible cruisers had a continental tire kit and were painted yellow (Sun Glitter), similar to the original pace cars.

The Turnpike Cruiser was discontinued for 1959. However from 1963 to 1966 Mercury revived the Turnpike Cruiser’s most noted feature, the retractable rear window, on its “Breezeway” sub-series in the Monterey, Montclair and Park Lane model ranges. 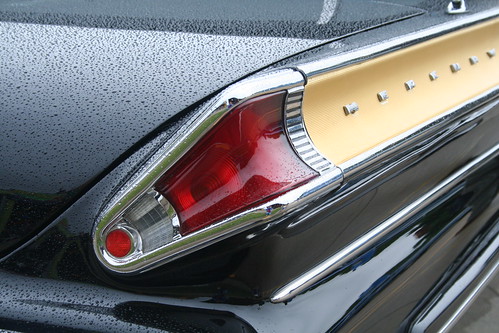 The photos here were taken of this 1957 Turnpike Cruiser at the 2009 Good Guys Show in Des Moines, Iowa. Unfortunately, the rain would not hold off for the photos and the cars excellent paint got to show off its ability to bead water. 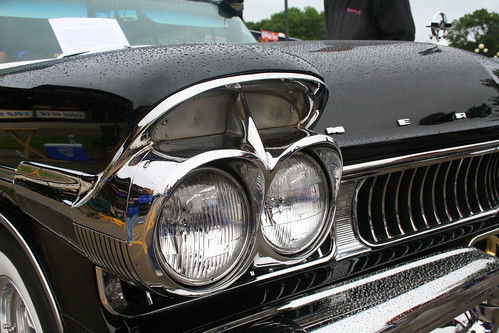 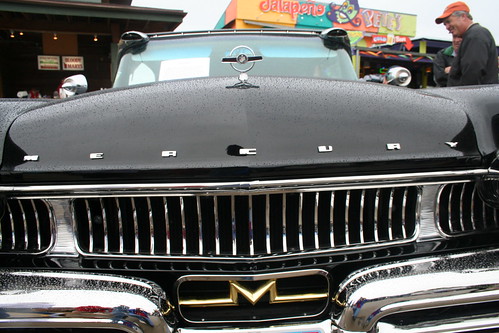 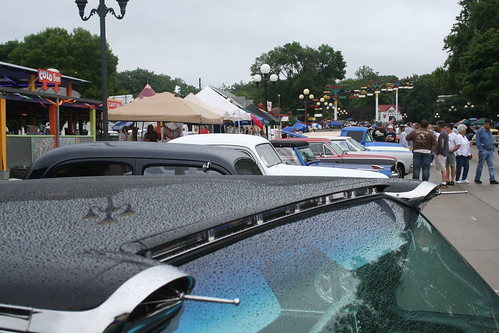 These air vents were the big design element for this car. 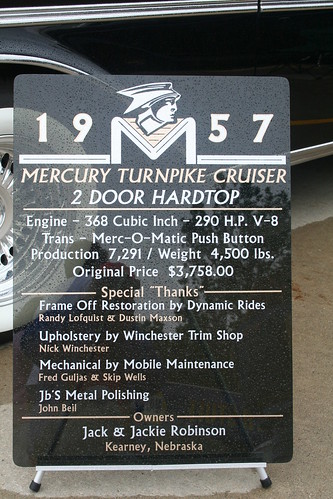 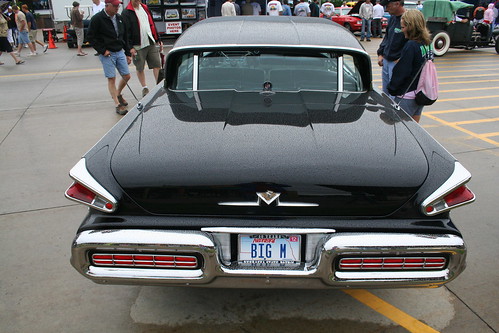 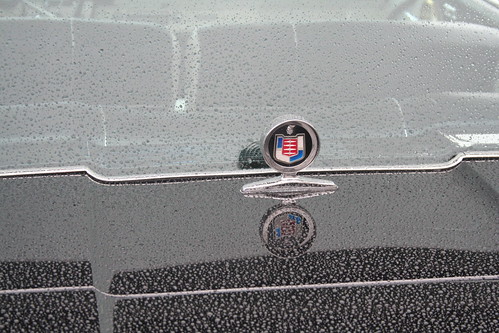 “Hood Ornament” for the rear deck. 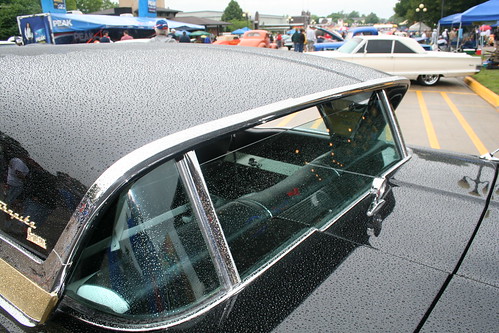 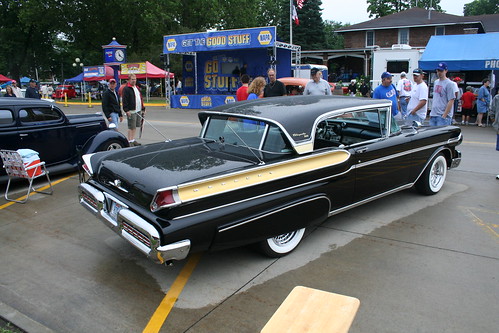 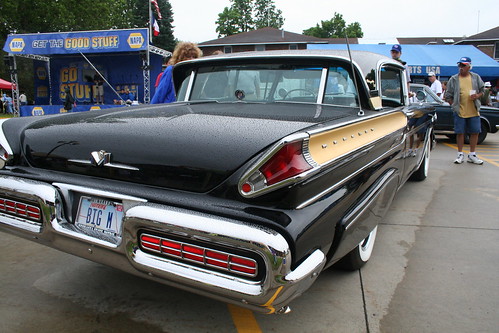 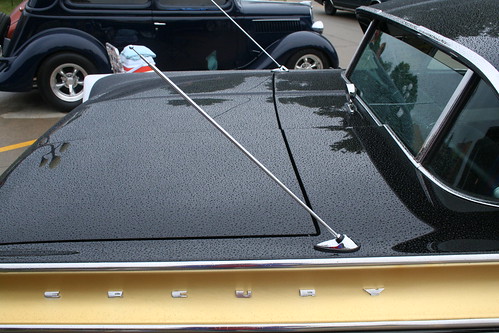 These dual rear antennas were very big back in the day. 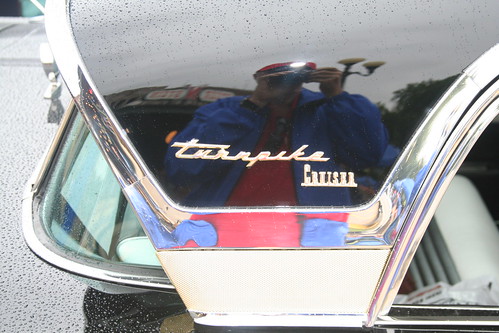 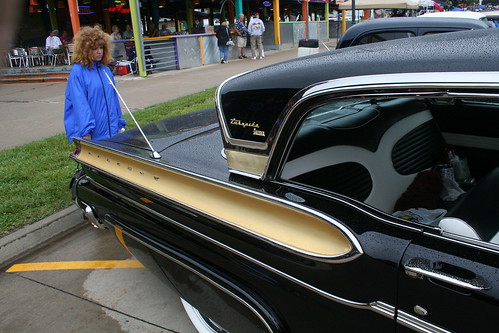 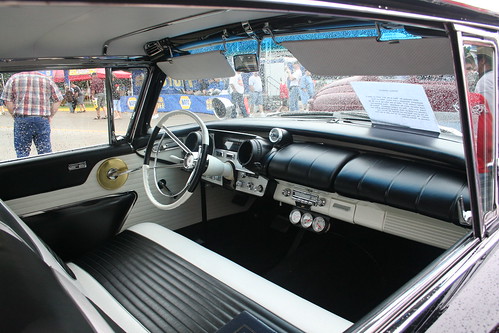 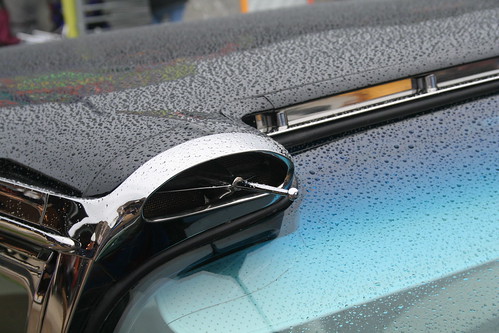 Close up of the outside of the vent. 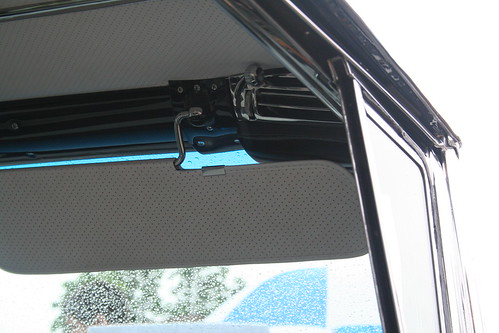 This is what that vent looks like on the inside. 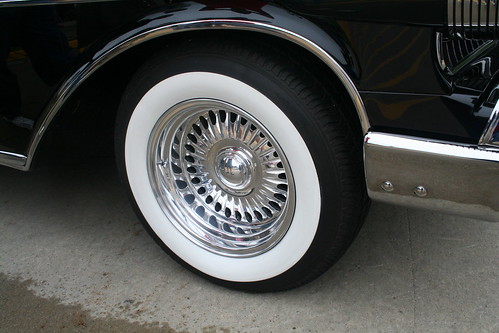 These wheels ARE NOT originals but look great for a Good Guys Show. 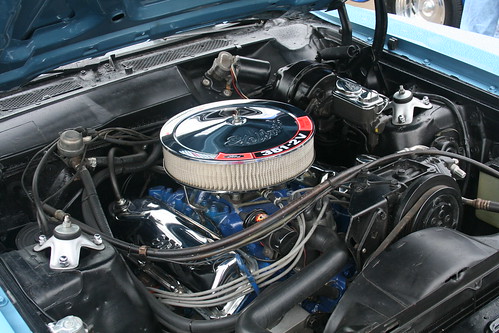