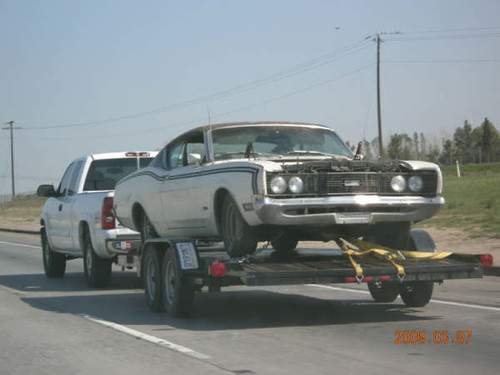 For sometime now we have been trying to track down the straight scope on the 1968 Mercury Cyclone GT 500. We still aren’t there but get closer with every response from you readers. One very interesting development has occurred; while searching for info on the Cyclone GT 500 we were told about a 1968 Mercury Cougar GT 500!

We just added a page with that info on it today. You can click on the link in the list below. Again, we ask that if you have any additional information on these cars please pass it along and we will share it with our readers. Of course photos are extremely important in documenting these cars. We can write about them all day long but we need to see what they actually looked like.

All this interest in these two cars got me thinking about the other Factory Built Regional Promotions I know about. There are the California Special Mustang from 1968 and the very similar High Country Mustang (Colorado Special), the 1970 Mustang Twister and its sister the 1970 Torino Cobra Twister. I know there must be more.

This is where you come in. I need you to send me as much info as you can on any Special Factory production vehicles you remember and can document. This is for the standardly accepted Muscle Car Years between 1964 and 1972 but excludes all Pace Cars for any race. The Factory Specials have to have been produced in multiples (no one-offs) and available through any dealership nation wide or limited geographic region. We will also include the NASCAR aero cars such as the Dodge Daytona, Plymouth Superbird and Ford Talladega. These have to be factory built cars and not dealer specials and no Copo cars. It can be a regional sales promotion, special engine package or body/paint but has to have a factory origin.

What do you remember and what do you have? To me it seems that the Blue Oval folks did much more of this than the Bow Tie guys or the Mopar folks.

Here is the list we have to begin with: 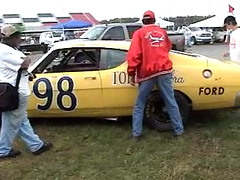 PLEASE, IF YOU HAVE ANY INFORMATION TO SHARE ON THESE OR OTHER FACTORY SPECIALS LEAVE A COMMNENT BELOW OR SEND US A PRIVATE EMAIL ON OUR CONTACT PAGE.