When I was a just a kid back in the 50s I first discovered auto racing at our local dirt track. That led to learning about the Indy 500. When the Memorial Day race would come around I would try to find it on a local radio station. Back then there was no TV coverage, heck there were hardly any TVs! Very few radio stations in Central Iowa where I lived broadcast the race. Sometimes I had to constantly turn the dial to find a station with enough power to reach my cheap radio. Broadcast power was very poor in our area and the race might fade out for 15 minutes at a time and I would scream at the radio. As years went by it got slightly better but never good.

I never even dreamed of ever seeing the race in person. Indy was far off and the cost of such a trip was unthinkable. For this kid, to even think that someday I might be able to attend a Indy 500 in person was not possible. It was not until 1986 that the race was broadcast live on national TV. That was a big day for me. However, I was able to attend my first Indy 500 race in person in 1970. Since then I have been to many Indy 500s over the years. The race is always a thrill. Remembering back to the young boy sitting next to a radio in rural Iowa the pre-race festivities have brought a tear to my eyes on many occasions. The Indy 500 is arguably one of the greatest motor sports events in history. To this day it remains the one race I try to never miss live from flag to flag.

It has changed in many ways since those first races I heard on the radio in the 50s. In 1955 it would be 15 years before I could attend the race live. In 1955 the Brickyard front stretch surface was still bricks. The entire track was paved with asphalt in 1961 with only a small portion at the finish line remaining.

Let’s take a look back at what Indy Car racing was like in 1955. Pit Row was not separated from the race track with a wall, it was a very dangerous place for mechanics and drivers. There were no “catch fences” around the track to protect spectators from flying cars and parts. Drivers did not have fire resistant race suits, they wore T-shirts and regular pants and shoes. The cars were big upright, front engine machines for only the bravest of men. As accustomed as we are today to 200+mph, in 1955 they cars ran in the low 120s. The cars did have knock off wheels but there were no air powered wrenches to remove the knock off hub, each tire changer had to use a lead hammer to remove and replace the knock off spinner.

Watch the video below for a very interesting, informative and chilling look at Indy Car racing in 1955. In this race a driver gets out of his race car to work on the engine during the race, a driver dies from injuries, a 1955 Chevy convertible is the Pace Car and more. 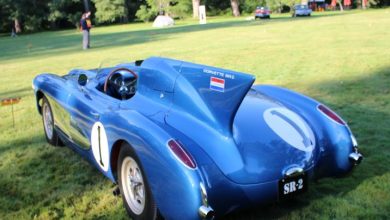 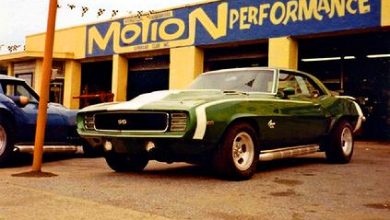 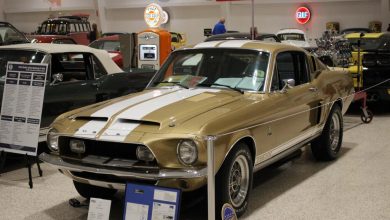