The following is a brief history of the cars; portions of this article were originally published on the Lowe’s Motor Speedway web site other information was obtained during an interview with owner Steve Honnell. 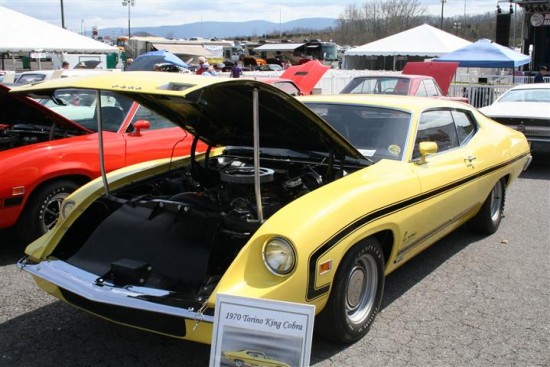 A one-of-a-kind 1970 Mercury Cyclone Spoiler II and one of three surviving
1970 Ford Torino King Cobras, both prototypes intended for competition on
NASCAR’s superspeedways, were on display during the 2008 Food Lion
AutoFair at Lowe’s Motor Speedway.

These cars were built as the prototypes of what was to come in 1970 to compete with the Dodge Daytonas and Plymouth
Superbirds on the NASCAR circuit. The 1969 models, Ford Talladega and Mercury Cyclone Spoiler II, had been very successful in 1969 on the NASCAR tracks. The Ford Talladega even won the first four positions in the 1969 NASCAR Championship. However, in the midst of government pressure on fuel mileage standards, ever increasing insurance rates for muscle cars Ford suddenly pulled out of all racing and never mass produced these cars.”

Couple those facts with a new NASCAR rule that raised the minimum production number for homologation from 500 vehicles to 3,000, and even the prototypes became scarce.

According to owner Steve Honnell, there is only one Cyclone Spoiler II. There were two of them built but this is the only one that survived. There were four King Cobras but only three of those are known to still exist.”

These rare examples of Detroit muscle are owned by Steve Honnell a former Ford representative and former drag racer from Belfast, Tenn. Honnell has owned the King Cobra since purchasing it from Holman-Moody in 1970 after Ford suspended its factory support of stock car racing. The Cyclone Spoiler II was rescued from a muddy chicken coop in Indiana after the late Larry Shinoda, best known for designing the Corvette Stingray, gave it away as a gift once Mercury abandoned the project. 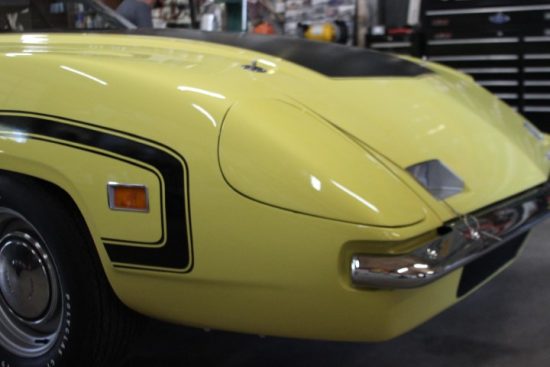 “Shinoda didn’t want these cars destroyed,” Honnell said. “He kept telling me there was a Mercury out there like the King Cobra. He helped me track it down in 1997 because he was so happy I saved the King Cobra.”

As a result of being stored in a chicken coop (actually was found UNDER the chicken coop), the body and interior of the Cyclone Spoiler II were in desperate need of repair and Honnell spent several years restoring the car.

Each of the three surviving King Cobras were built with a different engine. Honnell’s came with a 429 Super Cobra Jet powerplant that he later replaced with a 494-cubic-inch V-8. Other than the engine change, the car is still in its original condition. 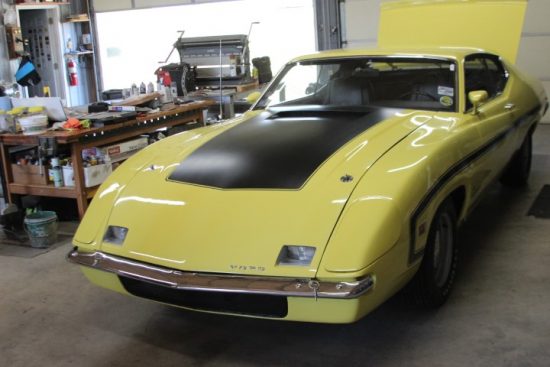 “The King Cobra has never been restored,” Honnell noted. “It’s pretty much the same as the day I got it and I still have the old Super Cobra Jet engine in a crate at home.”

From the firewall back, the King Cobra is a stock Ford Torino. What makes the King Cobra special, besides its powerful engine, is a wind-cheating design which features a rounded nose that slopes aggressively to the front bumper. Unlike the stock Torino, the King Cobra has no front grille and was designed to maximize downforce at high speeds.

The Cyclone Spoiler II features a similar design with the front end being the major difference between it and the stock Mercury Cyclone. In an attempt to meet NASCAR’s minimum of 3,000 units, Mercury planned to simply switch the nose of the car based on customer’s wishes.

However, the Cyclone Spoiler II could not escape the same outside factors that killed the King Cobra and only two were built and tested.

Due to the difficulties of traveling with two vehicles, Honnell and his cars have stayed close to home recently but he did take them to Dearborn, Mich., for Ford Motor Company’s 100th birthday celebration in 2004.

“I think the most fun I’ve ever had with them was when I went to Dearborn for Ford’s 100 year celebration,” Honnell said. “I unloaded my cars in the parking lot and was ready for the show. Someone came up to me and said, ‘You can’t park those there,’ which made me wonder what I did wrong.

Then he told me, ‘They (the event organizers) saw your cars and they want them up front.’ So they moved me up to the rotunda where the honored guests were and I got to meet Edsel Ford while he was admiring my cars.

“Ford thought these cars had been destroyed. One of the greatest things about it was that Ford took notice. They were tickled to see that I had saved them.”

“I love coming to Charlotte,” Honnell said. “That is quite a facility up there and I can say that I’ve never been to anything that big. The Charlotte show is enormous and I am excited to be bringing my cars there.”

The Ford Torino King Cobra and Mercury Cyclone Spoiler II were shown Saturday and Sunday on the Turn-4 end of pit road as part of the Comet East Car Club display.

The spring Food Lion AutoFair annually attracts more than 160,000 visitors. It features more than 50 car club displays; more than 10,000 vendor spaces that offer a plethora of automotive parts and memorabilia; and a collector car auction conducted by Tom Mack. More than 1,500 collectible vehicles of all makes and models will be available for sale in the car corral that rings the 1.5-mile superspeedway. 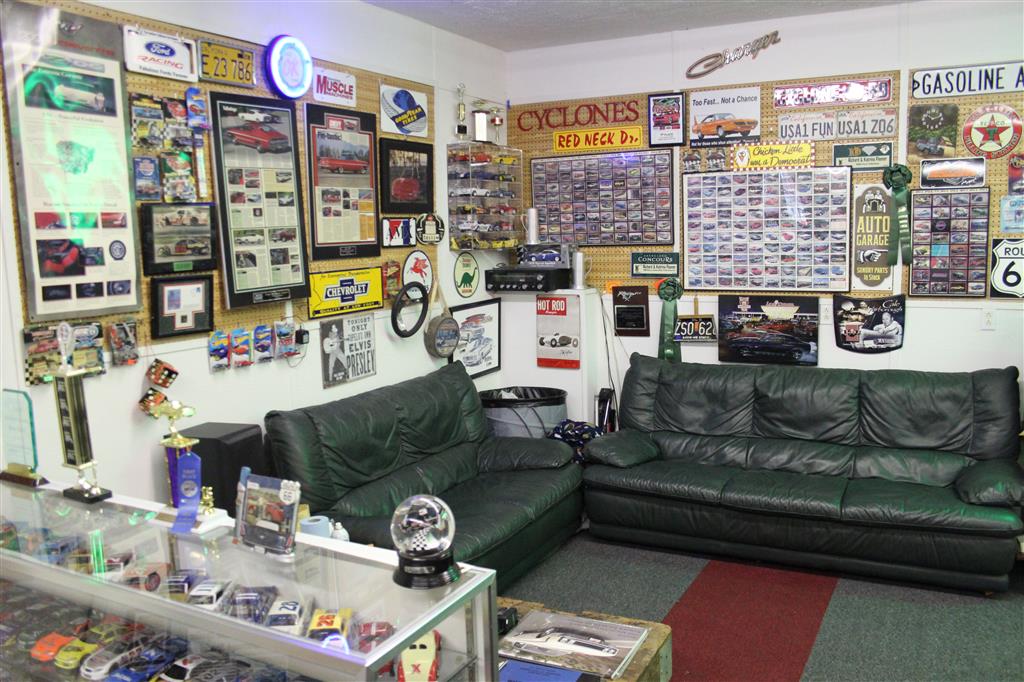 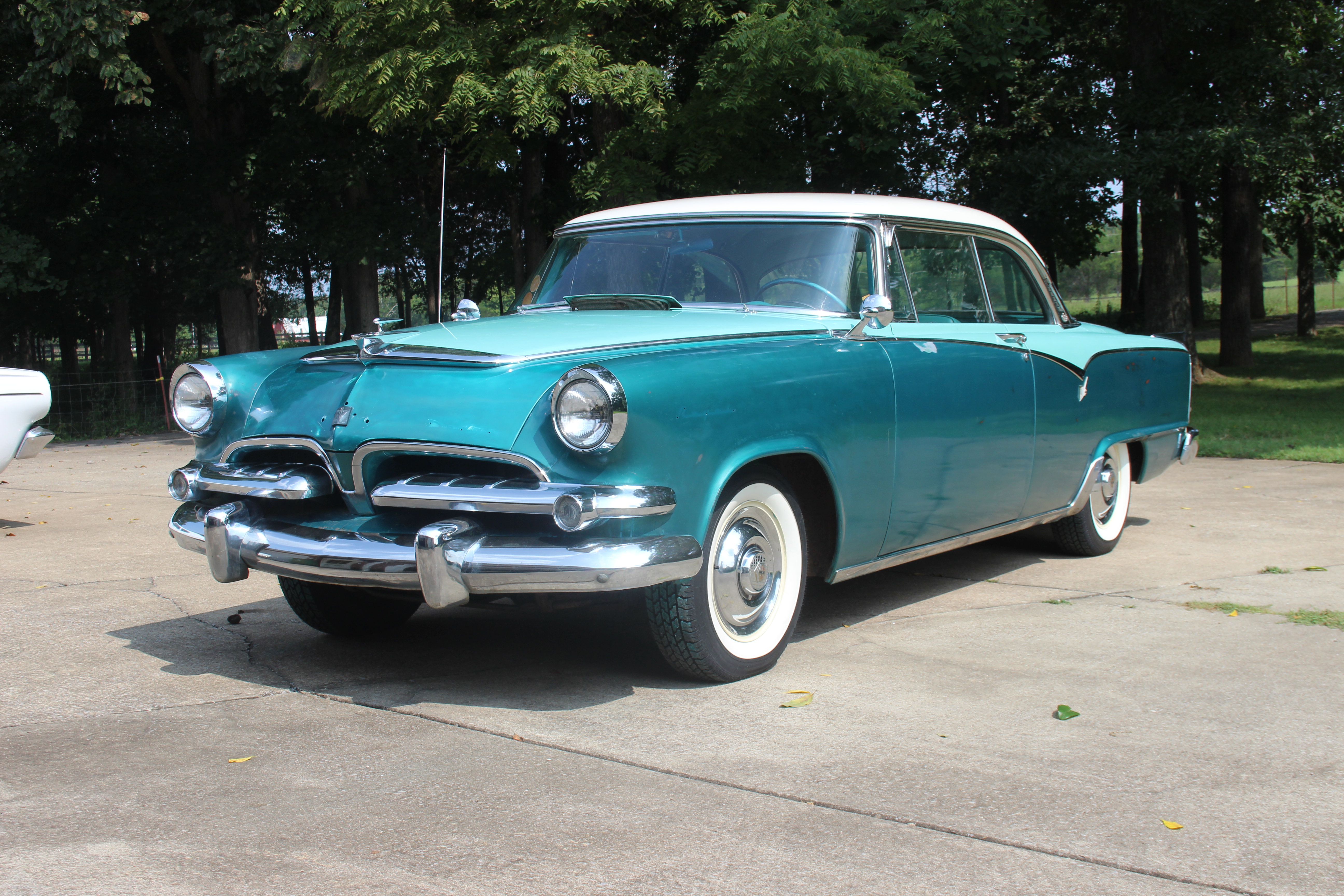 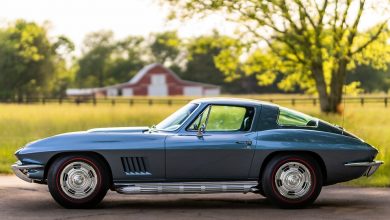 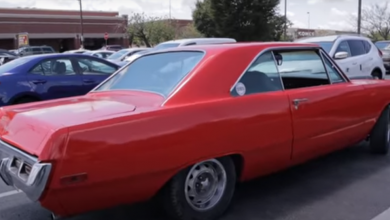