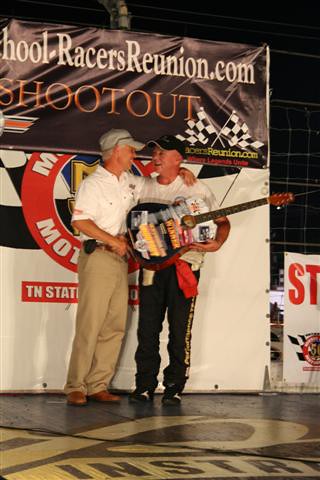 NASCAR has been in the news a lot lately. Everything from IRacing, probition of the Confederate Flag to a noose in the garage area. NASCAR seems to being hit hard with “bad luck”. What ever the situation, it is easy to understand that racing NASCAR style has little resemblence to what it was back in the day. For years there have been enthusiasts asking for NASCAR to return to its roots. That seems to be 180 degrees from where they are currently headed.

Take your NASCAR Sprint Cup and keep it on ESPN or where ever it is this weekend I want another Racers Reunion! For all you folks fed up with the goody goody boys in NASCAR and the template built all look a like race cars the answer is here. At least for one night in July at the Nashville Music Speedway the old days were back. If the stars align correctly and the racing Gods have their way, next year there will be Racers Reunions all over the Country and real racing will be back. 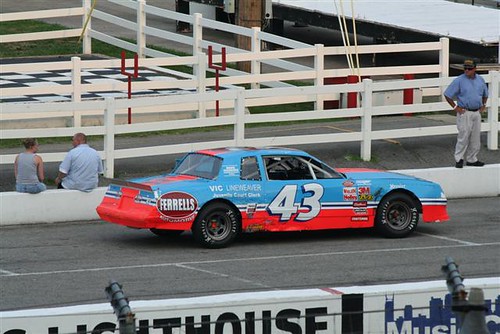 It wasn’t perfect. The cars were not equal and the crowd was small but the enthusiasm was high and the entertainment was unmatched. We LOVED it. Katrina and I used to go to 5 or 6 NASCAR Cup races every year. We maybe do one now. There isn’t one Cup race I wouldn’t miss just to catch one of these Reunions featuring the real stars of NASCAR on a short track!

Brian France has taken NASCAR so far from its roots that not even one of those Federal Revenuers that destroyed the illegal stills could find a good race today in NASCAR. 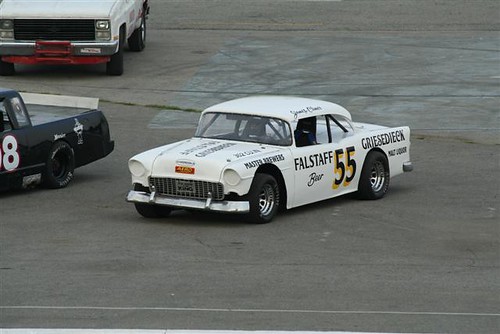 There were not a lot of drivers at the track in Nashville but they all had spirit, history, talent and personality and they were loved by every fan in the stands. Thank you guys for showing up and demonstrating to young America what racing used to be like.

The video here is just one highlight of the evening where Geoff Bodine in the 02 Monte Carlo is trying to pass Sterling Marlin in the 66 Monte Carlos. Geoff finally passes Sterling and goes on for the win.

Click on the photo below to watch the video.

Congratulations to Geoff for this win and thank you Geoff for all your hard work on the American Olympics Bob Sleds.

For a complete list of all the drivers at this event, the car owners,  more photos and a longer video that includes parts of qualifying, more racing, the trophy girls and the awards go to our On Tour page.

What was the best part of the night? There was no part better than the other but we really enjoyed going onto the track after the race and mixing with the drivers and touching the cars. It was just like a regular Friday night race but the stars were out and it was a full moon. Long live the racers!